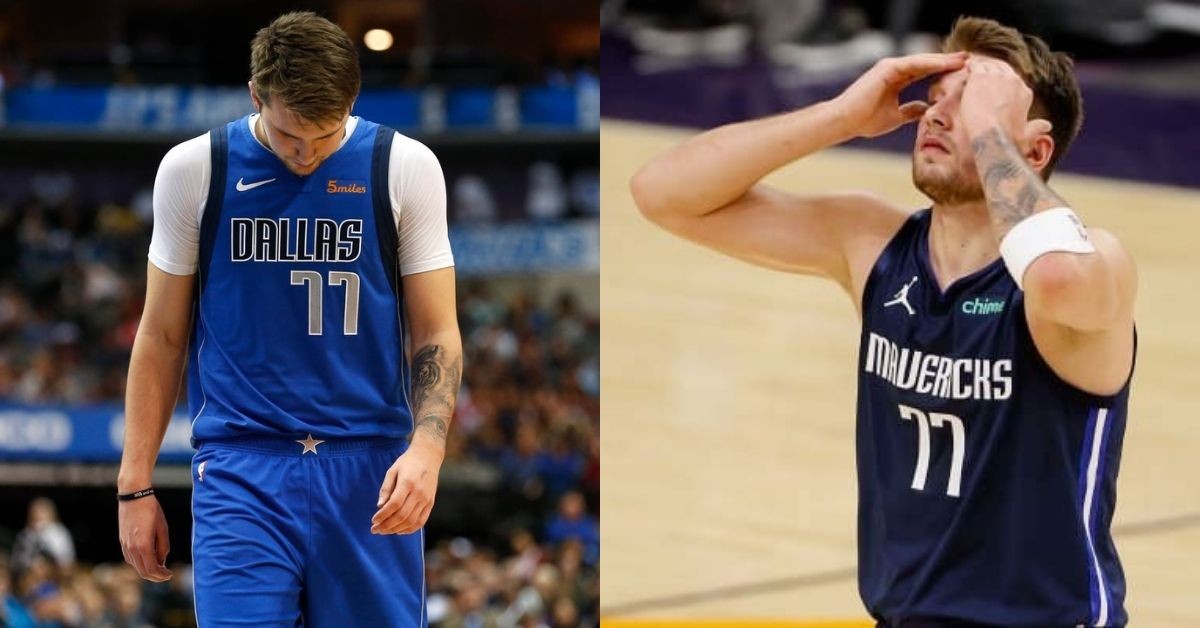 The Dallas Mavericks are the most hyped team in the NBA. They beat the 64-win Phoenix Suns team on the back of a string of amazing performances from Luka Doncic. He’s been averaging a record-high number of points per game in the playoffs. But he got shut down in Game 1 of the WCF.

In the regular season, Dallas finished middle of the league in offensive efficiency rating. It’s because Luka led the lion’s share of production for the Dallas Mavericks. Even in the series against Phoenix, he led in all statistical categories over all the players, including Paul, Booker, and Ayton.

Luka Doncic gets shut down in game 1

Luka started game 1 like he always does. In the first quarter, he scored 8 points but just made 3 out of 8 shots. However, Andrew Wiggins was having a game and a half and outscored Luka in the first quarter. Doncic had to pull up his socks in the 2nd quarter and scored 10 more points and already had 18 by the first half.

They were down by just 9 and Doncic had the stage to pull off a dramatic comeback. But he crumbled. In the 3rd quarter, the Warriors guarded him well. He scored 2 points and the game was heading to a blowout.

The Warriors held Luka to 16.7% on contested field-goal attempts 🔒

The Golden State Warriors are the best defensive team in the NBA. They are number 1 in defensive efficiency rating. The Warriors had a lot more blocks than the Mavs. Every single player on that Warriors team turned it up and targeted Luka.

That’s also the game plan they have for game 2. The Golden Boy will be mad at that loss. Over and above that there have been pictures of Doncic flying around that question his integrity to the game. That will force him to be better in game 2 and something the Warriors would want to overturn.