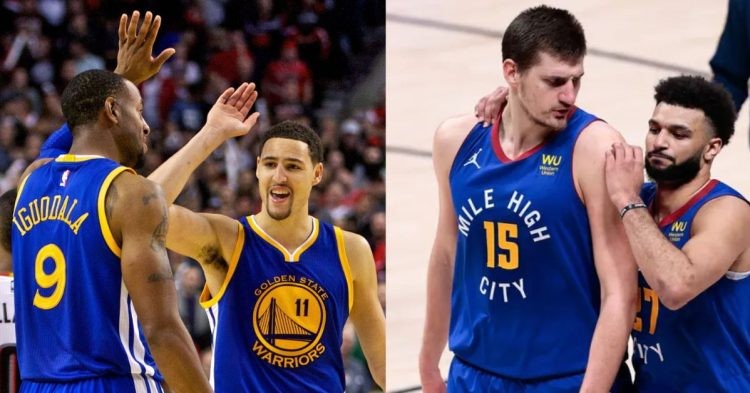 The 2022 NBA season has finally begun after a long and drama-filled off-season. Stephen Curry and the Golden State Warriors are the current defending champions and hope to win their 5th title together this year. They already got off to a great start by defeating LeBron James and the Los Angeles Lakers in the season’s first game. Now, Curry and the Warriors will play the Denver Nuggets for their second game.

We know that 2x MVP Nikola Jokic is the face of the franchise and has kept it relevant for a while now. As both these Western Conference teams face off, one must wonder about the availability and injury status of players on both sides.

Jamal Murray is only recently coming off a devastating injury. He suffered an ACL tear during the 2021 NBA season. That is considered one of the worst possible injuries a basketball player can face, Thus, he did not step on the court for that entire season and worked on his rehabilitation.

He finally made his return this NBA preseason. However, it seems he is still dealing with some issues. According to the injury report, he is under observation and his status is listed as day-to-day. The reason cited is “Left knee injury management”. Coincidentally, that was the same knee that he was already injured on.

Nikola Jokic has been holding down the fort for the Nuggets in his teammate’s absence. He seemed relatively injury-free all of last season and heading into this season. Be that as it may, he too is listed as day-to-day for the game against the Warriors. Unlike Murray’s injury, Jokic’s appears to be more minor and is simply considered a sprained right finger. On the other side, GSW appears to be the healthier team. We know Klay Thompson is back after a string of serious injuries. He is expected to play in the game vs the Nuggets. However, Warriors veteran Andre Iguodala is listed as out due to issues with his hip. Additionally, GSW rookie Patrick Baldwin is not expected to play with a sprained right finger.

We will still get to see Steph Curry Klay Thompson Jordan Poole and the rest of the Warriors in action Hopefully, both the Warriors and Nuggets players are soon able to get healthy and back into shape for the 82-game regular season.