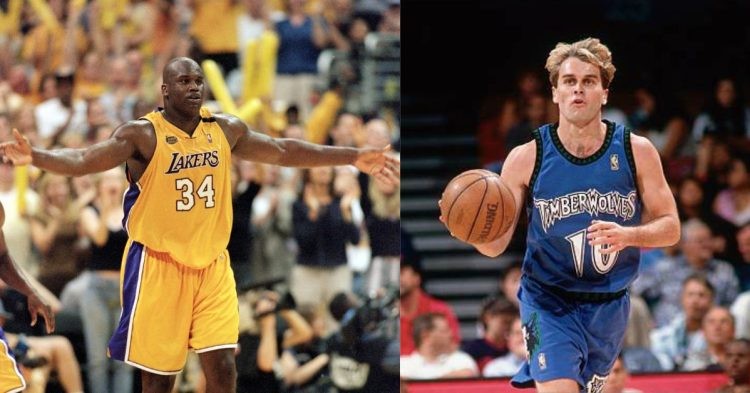 Shaquille O’Neal is a global figure associated with basketball. He is one of the most dominant forces the game has ever seen and has an accomplished career in the sport. In an interview with “7NEWS” O’Neal recently revealed who his favorite Australian basketball player was.

It is quite difficult for NBA players to recall notable international players from outside the league. However, Shaq instantly recalled a player when asked. It is important to know who the player is and why the 4x NBA champion selected him in particular.

There is no way Shaq would simply select a player at random without having his own research and experience. Not many NBA fans will know who Shane Heal is. He is a former Australian basketball player and is now a coach. Additionally, the 6’1 point guard has even played 2 seasons in the NBA for the Minnesota Timberwolves and San Antonio Spurs.

Therefore, he certainly has the resume to impress Shaquille O’Neal. “You have a lot of great Australian basketball players. My favorite player out of Australia was Lil Shane.”

David Kochie was interviewing the NBA legend. He is an Australian television presenter and popular media person in the country. He instantly recognized that Lil Shane was Shane Heal. Moreover, Kochie recalled that there was an incident between Shaq and Shane many years ago.

As you guessed, Shaq and Heal played against each other in the 1996 Olympics. Thus, O’Neal has seen the Australian guard in action with his own eyes. Team U.S.A ended up blowing out the Australian team 118-77. However, Shane was so impactful that Shaq admitted to fouling him in the game.

“Yeah, I tried to hurt him But he just kept coming back. So that showed me that Australian players have heart.”

Not many people can argue with Shaq’s logic. One can only imagine what it takes to continue facing an enraged and aggressive Shaq on the court. Yet, we know Shane Heal has managed to do so. He shot 8 of 12 three-pointers to lead his team in scoring against Team USA. This is no ordinary feat and he deserves due recognition.