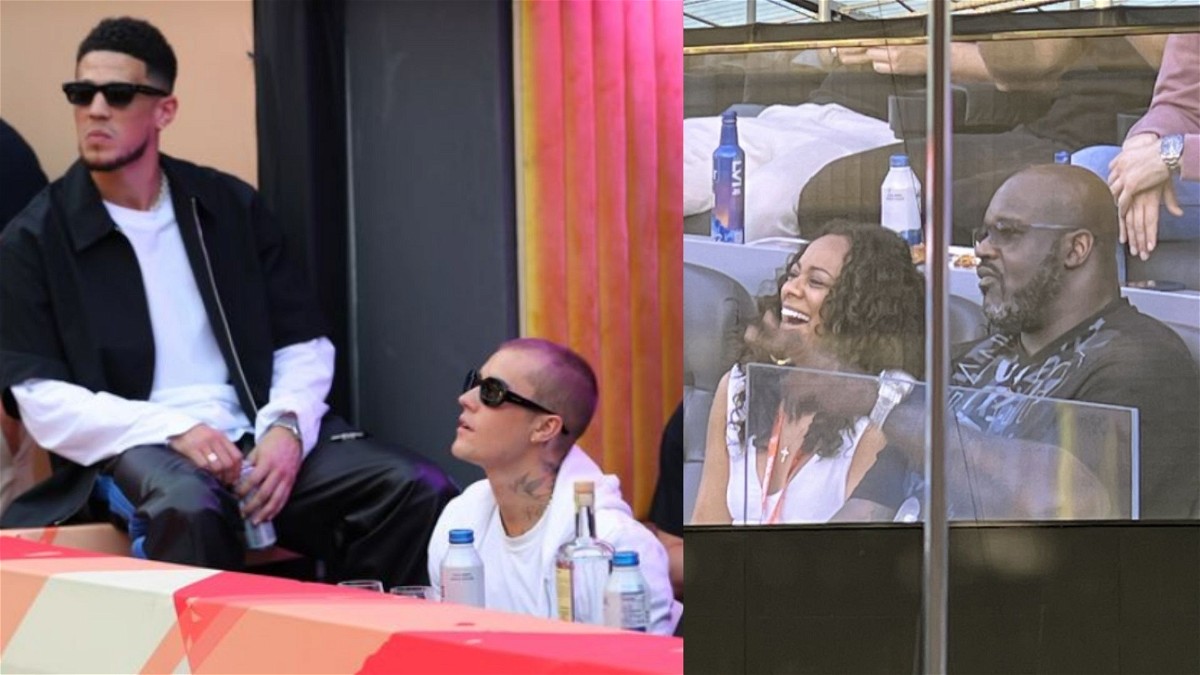 The LA Rams took on the Cincinnati Bengals in the Super Bowl LVI. Super Bowl weekend is always a huge event and it is always graced by the biggest stars and celebrities. Also, being the fact that the Rams are a team from Los Angeles, it brings the entire event to an even bigger stage. In those celebrities, we also saw a lot of NBA stars.

LeBron James is a huge supporter of the NFL. In fact, in an alternate universe, we could have seen LeBron throwing touchdown passes and winning Super Bowl. Being a star of the Los Angeles Lakers he had to be out there showing support to his LA Rams. We saw him enjoy himself a lot in the half-time show. Also, LeBron is good friends with Odell Beckham Jr. who played and won for the Rams tonight.

Magic Johnson is regarded as one of the best players in the history of Los Angeles. Not just Basketball but all sports in the LA area. His love for Los Angeles runs deep. He was also the former president of basketball operations for the Lakers and is part owner of the LA Dodgers. Both his Lakers and Dodgers have won titles in the last 2 years and it was time for him to show his support for the Rams.

Shaquille O’Neal was present at the Super Bowl LVI

The Weeknd, The Rock, Cardi B, Offset, Ben Affleck, and Shaquille O’Neal are among the many celebrities at the #SuperBowl pic.twitter.com/U0W1VWqXM8

I assume you can see the common links in all that I have been saying. Any player that plays for a Los Angeles team, falls in love with all other Los Angeles teams. One of, if not the greatest center in Lakers history, Shaquille O’Neal was also present at the Super Bowl where the Rams picked up their biggest win in recent years.

Not a Laker or Clippers star, Devin Booker is still very Hollywood. Being in a relationship with Kendal Jenner does have that effect on someone. Booker was spotted with Kendal, Justin, and Hailey Bieber on a ‘double date’ of sorts. Always being in the public eye due to his relationship means he’s easy to spot in the huge crowd of fans attending the Super Bowl.

The LA Rams saw a ton of support from the NBA side of it. The Los Angeles Clippers showed out in numbers to support them. We saw Kawhi and Paul George, who currently can’t play for the Clippers, watching the game. There was also, Luke Kennard, Norman Powell, Terence Mann, Marcus Morris, Nicolas Batum, and coach Tyrone Lue also partake in the festivities.