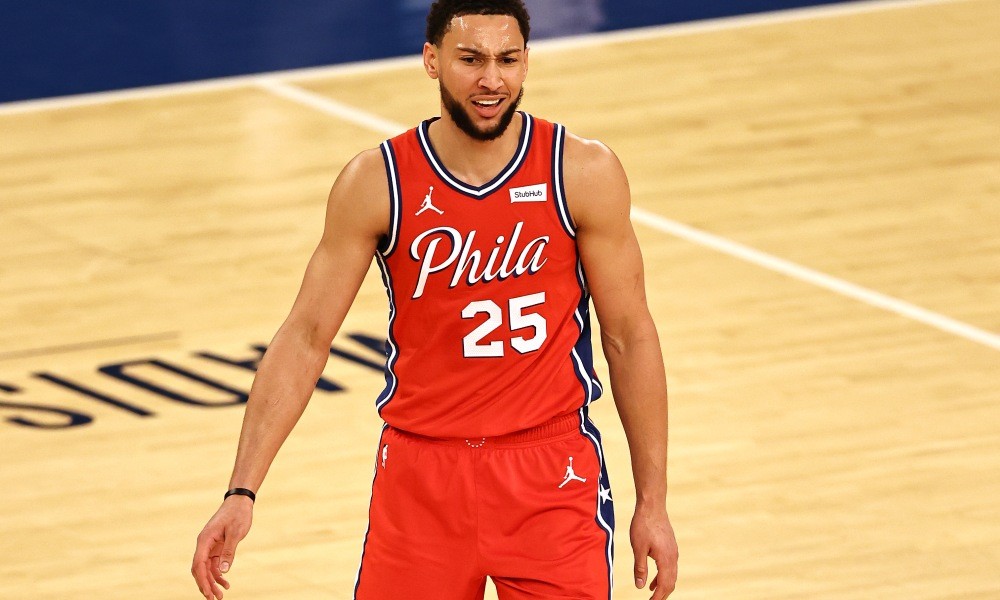 Philadelphia 76ers star Ben Simmons has strained his relationship with the team beyond repair this offseason. The front office engaged in talks with several teams but wasn’t offered what they hoped for. Perhaps they had a higher value for Simmons in their mind, however, the 2021 playoffs severely hurt his trade value.

At one point, Golden State Warriors looked like the perfect destination for Ben Simmons with fans drawing parallels between him and Draymond Green. However, the Philadelphia 76ers asked for Andrew Wiggins, 2020 #2 draft pick James Wisemen and 2 future draft picks in return which clearly is not fair to the Warriors. A similar standoff araised with other teams that were interested in the young guard which effectively closed trade discussion for Simmons for quite some time.

According to Sixers reporter Keith Pompey, there are teams still interested in Ben Simmons. The Timberwolves, Pacers, Cavaliers, Pistons, Raptors and Spurs are inquiring about the young point guard and discussions with the front office are going on. Timberwolves might be a good destination for Ben Simmons alongside a young core of Karl Anthony Towns and D’Angelo Russell and could make the team relevant again.

But retaining both their star players and acquiring Ben Simmons will not be possible for Minnesota front office despite the fact that Sixers are desperate to get rid of Simmons after his hostile behaviour this offseason.

As the 2021-22 NBA season is set to begin on 19th October, Ben Simmons has completely cut off his ties with the Sixers organisation. He missed training camp after repeatedly being asked to join by coach Doc Rivers and teammates. He was made aware of the money he might lose if he chooses to sit out but he remained firm in his decision to not play for the Philadelphia 76ers. 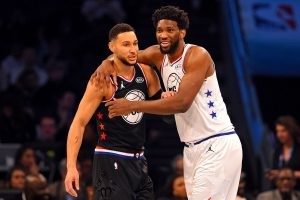 Ben Simmons allegedly felt like he couldn’t drive into the post due to Joel Embiid‘s presence which limited his scoring. The crucial game 7 layup miss by him proves otherwise. Whether truly felt this way or not is unclear but his long time teammate Joel Embiid responded to the rumours and the whole Ben Simmons fiasco.

I saw it. I’m not sure if it came from him or whatever, but over the past few months stuff that’s been put out there and looking back, the reaction of him not being here, I feel like it’s fair to assume that it’s coming [from him]

Even though he made it clear that he was disappointed with his teammate for behaving the way he is but at the same time was respectful about it. He accepted that the Philadelphia 76ers won’t be a better team without him and that the team and management were ready to mend things. Joel Embiid and Doc Rivers’ reaction to the underwhelming performance by Ben Simmons after the playoff loss to Atlanta Hawks last season might have been the final nail in the coffin for him.

However, the way Ben Simmons is reacting to the situation might work against him as teams might be reluctant to trade for an uncompromising player like him. Philadelphia 76ers must trade him as soon as possible because it doesn’t look like their starting point guard will return no matter the monetary consequences.

Also Read: Stephen A Smith Says Kyrie Irving Could Have Been Traded to the Sixers