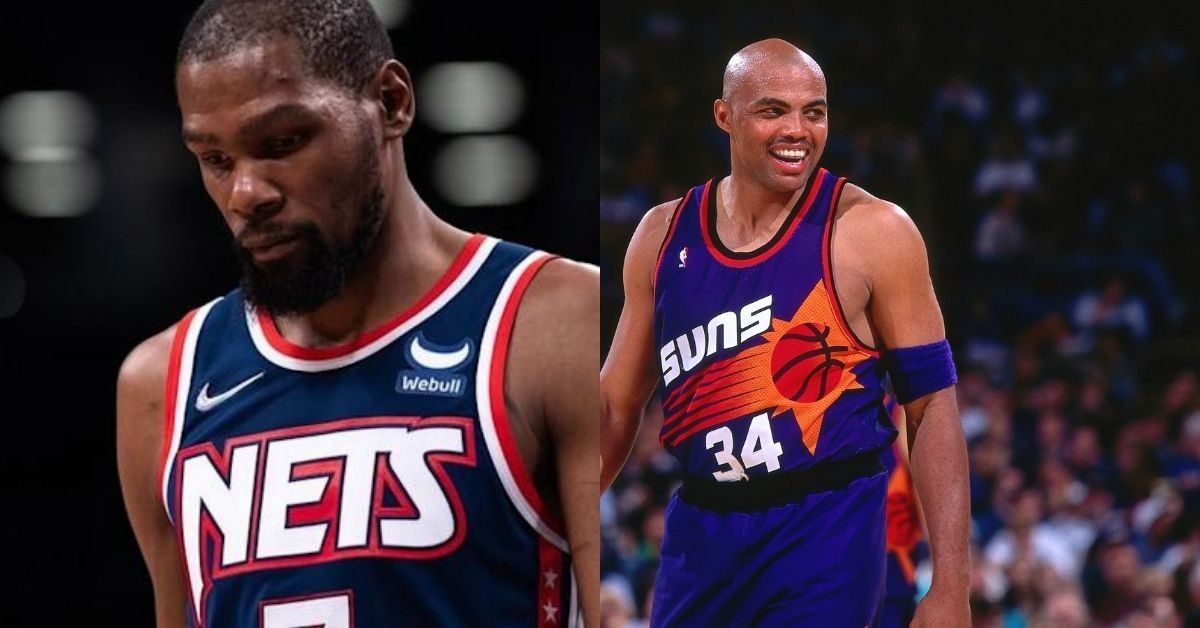 Kevin Durant is a 2x NBA champion and Finals MVP. He won both his titles with the Golden State Warriors in 2o17 and 2018. Charles Barkley is a retired NBA player and now an anchor for a show called “Inside the NBA” alongside Shaquille O’Neal and others. Barkley and Kevin Durant have had a silent feud on social media.

There is a history to every conflict and retired NBA Players like Chuck and Shaq have been taking shots at active players for a while now. However, Kevin Durant has also proven to be soft-skinned, especially on social media. So here is everything you need to know about the beef between the two.

NBA superstars are subject to extreme levels of criticism. In fact, no matter what choices they take, the media attempts to twist them to fit a certain narrative. Retired NBA Players know the feelings of the players. However, this does not prevent them from taking shots at current players.

Charles Barkley has always been an open critic of KD. He has questioned the legitimacy of Durant’s leadership qualities. Additionally, he has also spoken about Kyrie’s choices and drawn correlations to KD’s leadership.

This time, Barkley continued to instigate KD after the Nets lost to the Celtics. He questioned the legitimacy of Kevin Durant’s championships In Golden State. Additionally, he also called Kevin Durant a bus rider and not a bus driver. He was referring to the fact that Stephen Curry was the face and leader of the Golden State Warriors and that KD went along just for the ride.

This led Kevin Durant to respond through Instagram stories with pictures of Barkley as a role player or on a star-studded team. The rest of the NBA world weighed in on the subject. Therefore, these two personalities are engaged in a feud.

Charles Barkley single handedly brought Phoenix Suns to the Final and only lost to MJ’s Bulls with Pippen and Horace Grant.

KD could not even make into the Final without helps like Westbrook and Harden or joining Warriors. He should pay more respect to Sir Charles.

It is really difficult to blame Barkley for doing his job and saying what he feels. One also understands why Kevin reacted in the way he did, considering Barkley was never able to win a championship, bus rider, or driver.