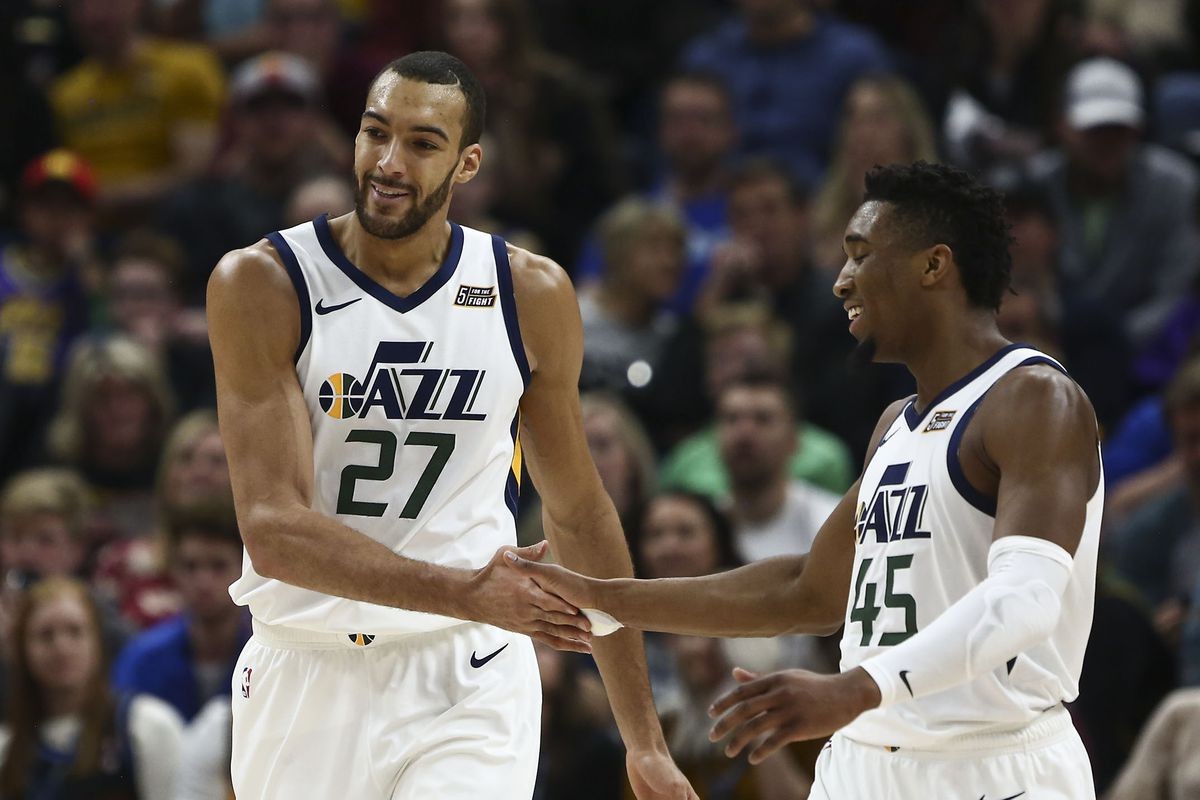 The Utah Jazz is in the best place as a franchise since the Malone and Stockton era. The duo of Rudy Govert and Donovan Mitchell not only led the Jazz to #1 seed in the Western Conference but also finished 1st in the entire NBA. They won 52 games and finished top 5 in Offensive as well as a defensive rating.

The Jazz was also 1st in the league in 3 pointers made, attempted and Rebound. Rudy Gobert and Jordan Clarkson won DPOY and 6MOTY respectively. Dwayne Wade is also now an owner and a real asset to Donovan Mitchell‘s development. And to top it all, they are up 2-0 against contenders Los Angeles Clippers in the 2nd round of the Western Conference playoffs.

The Utah Jazz surprised Rudy Gobert with the DPOY trophy 🙏

But everything was not all smooth sailing for the dynamic duo of Gobert and Mitchell.

Why was there beef between Rudy Gobert and Donovan Mitchell?

Just like the entire world stopped with the Covid-19 so did the NBA. But to ignite that flame there needed to be a match. As soon as one player would get it the NBA would shut down. And that player happened to be the Stifle Tower himself, Rudy Gobert.

Rudy had taken the Covid-19 virus as a joke. He purposely touched everything, was messing with his teammates, all opposite to things that would prevent the spread. Not only did he get the virus but also got Michell infected. Luckily they were both asymptomatic but that led to rumours of beef between them.

They were both set to get max contract extensions but if the beef was true then one of them would want to leave. Donovan Mitchell would be the choice that would’ve been kept. A source even said that Donovan Mitchell thought the relationship was ‘unsalvageable’ and considered a trade request. Donovan Mitchell and Rudy were not on talking terms for a month and a bit more.

But after they both signed their max extensions and entered into the bubble the beef seemed to have been crushed. Even though they choked a 3-1 lead last season, this season’s success has guaranteed to have strengthened their friendship.

Donovan Mitchell has averaged 26.4 points per game this season whilst Rudy has been the best defender in the league. Their game compliments each other and without either one of them, success is not guaranteed. Fortunately for Jazz fans, they could move past this ‘beef’ and dominate the West.

Kevin Durant and Rihanna : The 2017 Rivalry That No One Will Forget