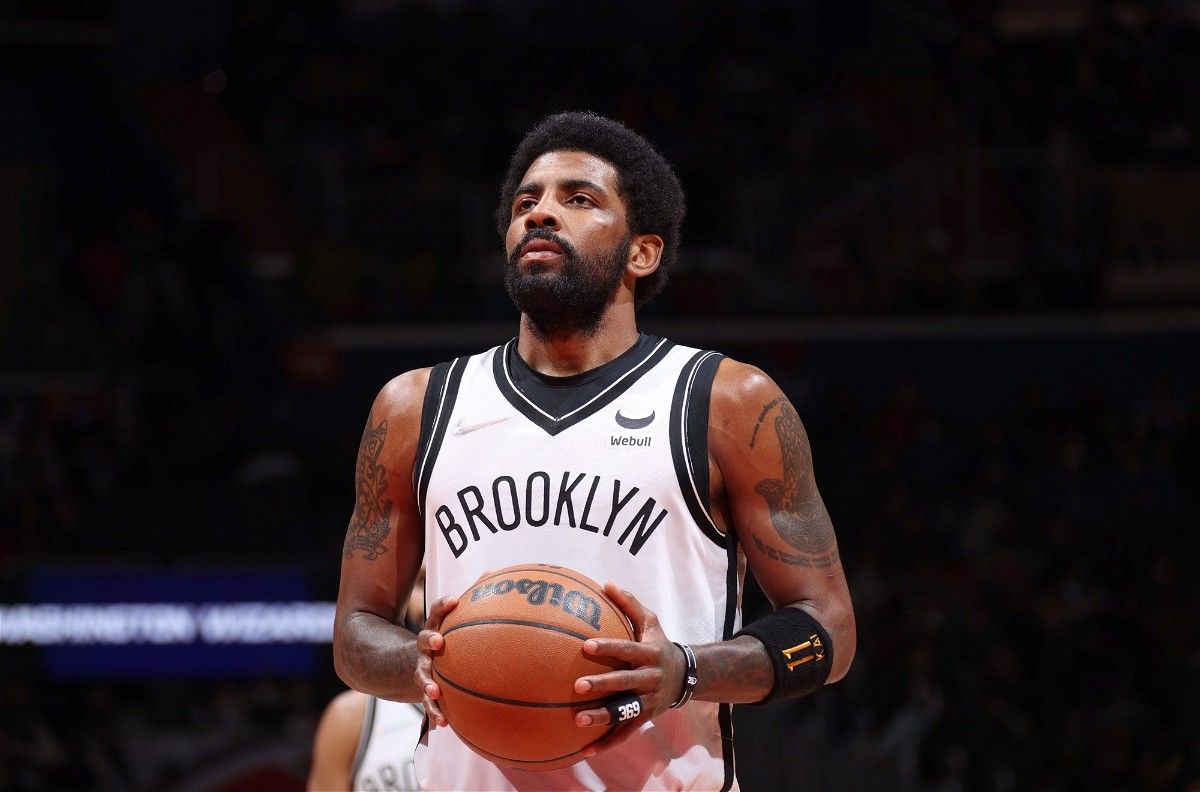 The advent of Covid-19 forced the NBA to adapt. In 2020, the first-ever NBA Bubble yielded some incredible moments and put the players and teams through a lot. The league has since tried its best to phase in fan attendance and protect the players, with strict protocols. But this past offseason, the focus shifted onto Kyrie Irving.

The Brooklyn Nets guard’s stance on vaccination is not exactly what the Nets management or anyone in the league anticipated. His adamant refusal to get vaccinated opposed the New York City mandate that stipulated a minimum of one vaccination shot for anyone entering a gym or a sports complex, which includes the Nets’ practice facility and home, Barclays Center.

Following Kyrie’s decision to not take the vaccine, the Brooklyn Nets decided to disallow him from any involvement with the team unless he complied with New York’s mandate. However, a series of injuries and Covid-19 cases in the team forced them to put Irving on part-time availability. Thus, they allowed him to train and play in any games outside of New York and Toronto.

Irving has since only played 14 games but has produced the numbers expected of him. In Kevin Durant’s absence and James Harden’s inconsistency, Kyrie has led the Nets averaging 24.1 points. He has also dished out 5.4 assists and collected 4.8 rebounds per game.

However, his return coincided with the Nets’ spiraling form that saw them lose 11 consecutive games.

Meanwhile, Brooklyn’s locker room also faced some internal turmoil. Namely, James Harden. And in an attempt to offload Harden and gain back a decent return, the Nets might have struck gold. They not only got back Ben Simmons, an All-Star level player but also gained 2 starters. Andre Drummond and Seth Curry massively bolster the Nets’ frontcourt and backcourt respectively.

New York City has a plan to phase out the vaccine mandate in the coming weeks, Mayor Eric Adams says, at which point Brooklyn Nets star Kyrie Irving would be cleared for home games.

And their good fortune does not end there. The Athletic writer, Shams Charania, reported that New York City mayor, Eric Adam has announced plans to phase out the vaccine mandate in New York. This could open up Kyrie Irving’s availability to full-time and return the Nets to contention conversations.

And with Kevin Durant’s return from injury imminent, Ben Simmons’ season debut looming ahead, things are shaping up nicely for the Brooklyn Nets to pull off a regular-season comeback and secure a higher seed.