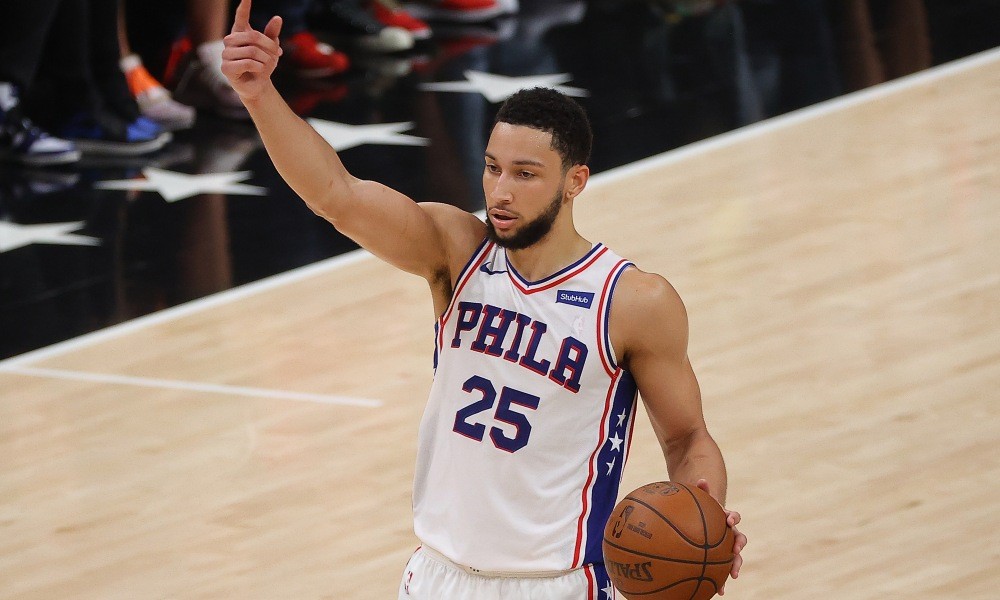 Ben Simmons has been on the trading block ever since the Philadelphia 76ers lost Game 7 of the eastern conference semifinals to Atlanta Hawks last season. The front office, however, failed to get what they wanted in return for their all-star point guard. The situation reached an impasse until last night when Ben Simmons showed some interest to engage in talks with the team.

According to ESPN reporter Adrian Wojnarowski, Ben Simmons arrived in Philadelphia today and the prospects of him returning to the team have gained momentum. He completely cut off his ties with the management and teammates over the summer. Simmons was adamant about his demands.

Sixers are hopeful to start moving toward the next steps of a return with Simmons, per sources. Organization wants him back on the court once he clears protocols, but that remains to be seen. https://t.co/4Zc3gUp50R

However, losing to a tune of $1 million definitely installed some fear in the All-star. His agent Rich Paul and Sixers officials have been in talks about Ben ultimately returning to the team. Despite all the bad blood between him, coach Dov Rivers, and Joel Embiid, Ben’s return seems imminent now more than ever.

Ben Simmons’ underwhelming performance in the postseason is not new. His inability to put up big numbers on the scoreboard has been a problem for the team since his arrival. As a result, the burden falls almost entirely on Joel Embiid‘s shoulders.

Embiid was averaging 30+ points every night, but it wasn’t enough to beat the young roaster of Atlanta Hawks. The final moments in game 7 were crucial. Although Simmons is a terrific defender and playmaker, the lack of scoring ultimately led to the 76ers getting knocked out of the playoffs.

He passed a wide-open dunk, missing the only opportunity to tie the scores in Game 7. The postmatch press conference was highly critical of this move by Simmons. When Doc Rivers was asked if he thought Ben Simmons deserved to be on the starting lineup of a title contender he famously replied saying, “I don’t know”.

In addition, Joel Embiid blamed Ben for passing the opportunity to dunk which he thinks was the turning point in the game. Although Doc Rivers took back everything he said and added that his comments were taken out of context, Joel Embiid stood by what he said.

Doc Rivers says that from “day one we’ve said what we wanted” — that they want Ben Simmons back. “Our position hasn’t changed at all.” Says he’s talked to Rich Paul, and not Simmons, so far, but that conversations have “gone well” throughout this process.

These comments by his teammate and coach definitely affected Ben Simmons deeply. This is quite possibly the sole reason behind Simmons being adamant about not wanting to return. It has strained their relationship beyond repair. Hence it would unadvisable for the Philadelphia 76ers to disturb lockerroom peace by adding Ben Simmons in the mix again.

He will continue to be on the trading block throughout the season and hopefully, some team in the league would match up to the expectations of the Philadelphia 76ers.