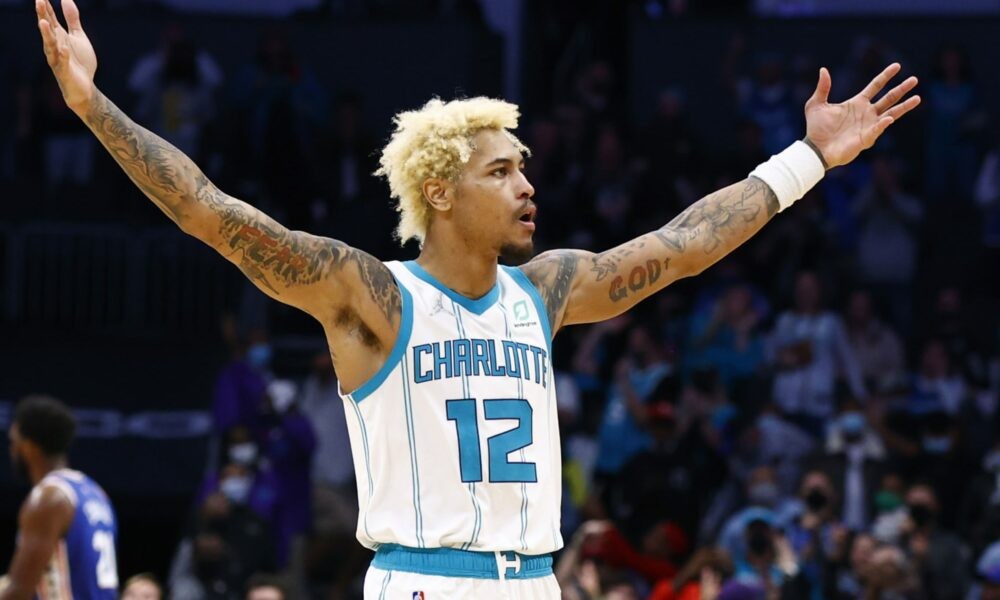 Kelly Oubre Jr is someone who has provided a lot of support to the Charlotte Hornets roster. He alongside LaMelo Ball is doing everything in their power to help the Hornets stay in the playoff race.

The Hornets took on the Chicago Bulls today but unfortunately were sent back with a loss. They went down 121-109. LaMelo Ball put up 33 points while DeMar DeRozan was the star for the Bulls with 36 points. Kelly Oubre Jr put up 19 points and 4 rebounds. The star was fined by the NBA before the game for an incident that happened the last time the Hornets took to the court

Kelly Oubre Jr was heated in the match against the Toronto Raptors on Monday. The Raptors served the Hornets with a 15 point loss. Oubre not only suffered a loss but also had to empty a few bucks from his pocket. The NBA decided to fine the Hornets star $15K for using profanity.

The incident happened during the fourth quarter of the game. Kelly Oubre JR used profanity towards the spectator stand with four minutes left on the clock. He had a few extra minutes to play that game and put up 17 points.

The following was released by the NBA. pic.twitter.com/CDIpqROa2A

The small forward from the Hornets is currently averaging 16.6 points, 4.1 rebounds, and 1.2 assists per game. Charlotte Hornets are on a six-game losing streak after today’s loss against the Bulls. They are ninth seed in the Eastern Conference just above the Atlanta Hawks and below the Brooklyn Nets. The Hornets have a 28-28 record this season.

The team will be looking to regroup and get back to winning ways as soon as possible. They also lack a star as Gordon Hayward is out with an injury. The Charlotte Hornets will next face the Detroit Pistons. Hopefully, LaMelo Ball and Kelly Oubre Jr can save the day for them.