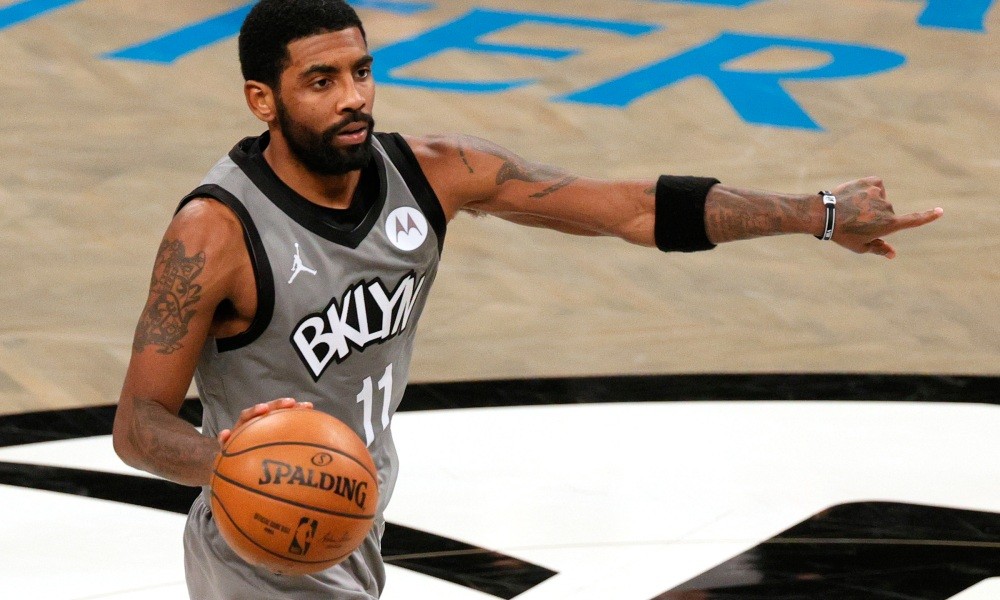 Despite all the consequences, Brooklyn Nets‘ guard Kyrie Irving remains unvaccinated. New York City mandates all athletes to get a shot if they wish to play in the 2021-22 NBA Season. Several other players like Andrew Wiggins, Bradley Beal, LeBron James were sceptical about the Covid-19 vaccine but they ultimately went for it. Bradley Beal however remains unvaccinated as well but he will be allowed to play for the time being.

Even though NBPA has supported individual choice in this matter, it is encouraging players to get vaccinated nevertheless. Since Kyrie Irving has made his choice, he is suffering financial consequences in addition to jeopardizing Brooklyn’s Championship aspirations. He is set to lose $17.5 million this season missing all home games and several road games as well.

Although there is no pressure on him by James Harden or Kevin Durant, Kyrie must keep in mind the commitment he made to the team when he signed the deal. James harden requested a trade to Brooklyn only to assure his chances of winning the title. It’s the trio of KD, Harden and Kyrie that makes the team invincible. He proved to be a locker room nuisance lasts season as well when he took off without prior notice.

Also Read: “The Only Options Were To Get Vaccinated Or Not Play In The NBA,”: Andrew Wiggins Speaks On His COVID-19 Vaccination

Is it a good time for Brooklyn Nets to trade Kyrie Irving?

Kyrie Irving is now permitted to practise with the team in their private facility, however, is still not welcome in Barclay’s centre. Missing more than 50 games this season and the playoffs, Irving is of little use to the Nets. From the sidelines, Harden KD and Irving seem to have a close bond which will make it difficult for Brooklyn to trade him.

Another difficulty would be Kyrie’s trade value at the moment. Most states have a vaccination mandate by the state which makes him ineligible to play home games there either. In addition, Kyrie has hurt his trade value several over the last year by threatening media blackout, violating covid protocols, and missing over 15 games for personal reasons.

“There is a belief in some corners of the league that Irving would retire, or at least deeply ponder it, if Brooklyn suddenly traded him.”

No doubt he is a prolific player and his ball-handling skills unmatched. He made it to the 50/40/90 club last season. However, he is highly injury-prone. He missed playoffs in 2015, 2018, 2020 due to injuries and missed game 7 against Milwaukee Bucks last season which led to Brooklyn Nets getting knocked out in the second round.

All these constraints make it harder for the Nets to trade Kyrie Irving but according to rumours, there are talks in the front office. It is believed that Kyrie will announce retirement in case Brooklyn is successful in trading him.

Brooklyn Nets will travel to Milwaukee to face the Bucks on opening night and Kyrie Irving may get a chance to play. But at this point getting rid of him is much more desirable.