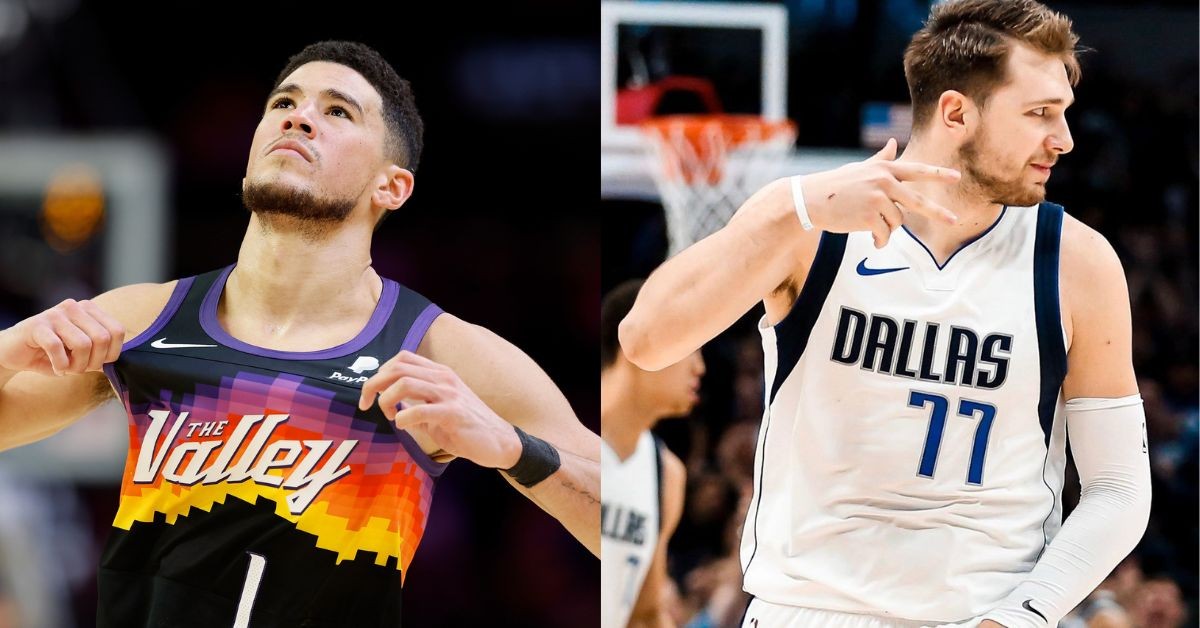 Devin Booker and the Phoenix Suns have taken a 2-0 series lead over Luka Doncic-led Dallas Mavericks. Having successfully defended homecourt, Booker was interviewed and asked about Luka as a matchup. Additionally, he was also questioned on how the Suns exploited Luka on the court.

Devin explained how the Suns defended the homecourt against Doncic. Additionally, he also explained the strengths of the Phoenix Suns in the postseason. The Suns finished the season with the best record in the West.

They finished with 64 wins and 18 losses to end the season as the 1st seed. The Phoenix Suns eliminated the New Orleans Pelicans in the first round. They now face Luka Doncic with a chance to make the conference finals again.

Luka Doncic has been on an offensive tear. He is simply getting better every postseason. Additionally, this is his first postseason past the first round. Luka has been averaging 32.7 PTS 9.1 RBD and 8.8 AST in just 16 career postseason games. This is an absolutely dominant and well-rounded offensive stat line.

Devin Booker knows the toll that a heavy offensive load takes on a superstar. Therefore, he knows Luka Doncic’s innate playstyle and abilities. Additionally, the Phoenix Suns have Chris Paul. He is one of the most gifted playmakers with a high basketball IQ.

Chris and Devin explained in a postgame interview, how they play Luka Doncic. they gave him his props for carrying his team so far. However, when they were asked about defensive schemes, Booker was quick to state  “it is extremely important… I think they’re going at matchups they like and we’re doing the same thing on the other end… so a tough matchup to guard… but he’s going to have to guard a bit.”

He explains how both teams have their favorable matchups on the other side that they look to score through. Luka might find it easier to score on Chris Paul or Ayton instead of Booker and Crowder. The entire Suns team feels confident against Luka Doncic’s defensive ability.

This is not because he is a particularly bad defender. It has more to do with the fact that Luka has to waste so much energy on offense, that he has much less to give on defense. Therefore, exploiting this would also get him in foul trouble, waste more energy and lose his offensive efficiency.

Cp3, Booker, and the Suns seem to have Luka Doncic’s number. They look to close out the Mavericks in games 3 and 4 to move onto the Western Conference Finals.