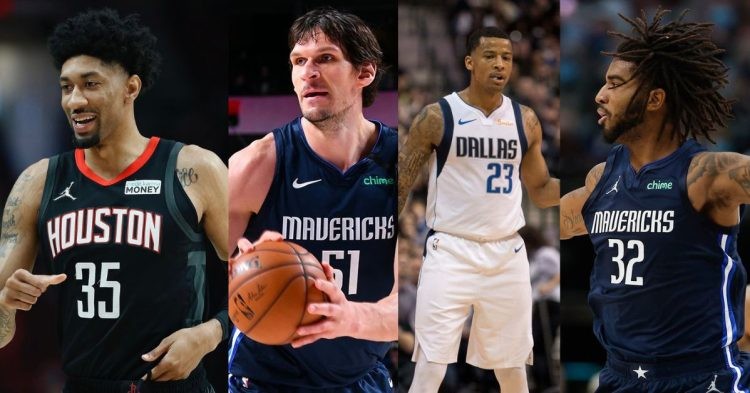 The Houston Rockets have been reported to have completed a trade deal for Christian Wood, according to TheAthletic and numerous other reports. The deal sees Wood going to Dallas Mavericks, in return for the No.26 pick in the NBA Draft and three veterans in Boban Marjanovic, Trey Burke, and Marquese Chriss.

The American just finished his second season with the Rockets, where he could not help his team from finishing last in the Western Conference standings. They now have missed the playoffs two years in a row. The franchise was on an 8-year streak of making the playoffs, more than any other team in the league.

The Rockets have just come after a disappointing season for the second time running after the departure of James Harden. The Houston-based franchise has managed to win just 20 games this season. The main reason the Rockets were looking to offload Wood, who was the leading scorer was that his contract was expiring at the end of the season.

The NBA Draft was where the Rockets went big last year and it seems like they are ready to do the same again. Moreover, the Rockets now have three first-round picks available. They received the No.3 pick from the Brooklyn Nets last year. Paolo Banchero from the Duke Blue Devils will reportedly be one of the options for them. The move also prepares Houston to set themselves up for the 2023 NBA Draft where many top talents will be available.

Christian Wood is heading to Dallas to join Luka Dončić, while the Rockets receive a collection including the No. 26 overall pick in the upcoming NBA Draft.

Many wonder how this move works out for the Dallas Mavericks. They now have another 3-point threat in Wood other than Luka Doncic. The 26-year-old American went made 39 percent from the 3-point line last season. Moreover, the move has helped them to clear up their roster of senior players for one that sure is talented.

Christian Wood is an attacking player that averaged 17.9 points, with 10.1 assists and 2.3 rebounds per game last season. Jason Kidd had managed to turn the Texas franchise into a defensive powerhouse despite having attacking-minded players on their squad. We can only wait and watch how Wood fits into his plans next season.

Stephen Curry Explains the Origin Behind the “Game 6 Klay” Nickname