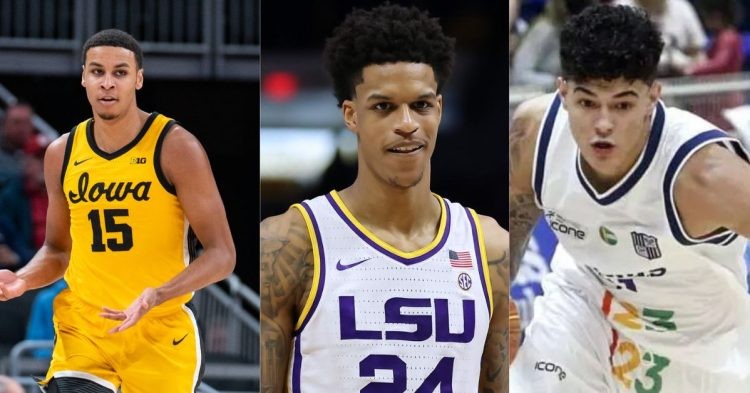 The NBA summer league can be considered the dawn of a new season. It is soon followed by the NBA preseason and then the regular season. Teams use this opportunity to sculpt their rookies or draft picks into valuable players. Keegan Murray, Gui Santos, and Shareef O’Neal are three players who had eyes on them.

The Summer league is also a chance for players who will not get real minutes in the regular season to display their skills and showcase their abilities. Keegan, Gui, and Shareef all drew attention, albeit at different levels, during their first games as professionals.

Murray was drafted by the Sacramento Kings as the 4th pick in the first round. It is usually not possible to predict how well a young athlete will develop into a fully-fledged NBA player. Be that as it may, Keegan has already begun to prove himself and his worth in his first game in a King uniform.

In his first game against the Golden State Warriors summer league team, Keegan scored a solid 26 points. He also led his team in scoring. Moreover, he was also efficient and made 10 out of 14 shots as well as 4 out of 5 three-pointers. As a result, Sacramento cruised to a comfortable 86-68 win. They seemed to be quite happy with the way their new player is performing.

Gui Santos has proven to be an absolute steal for the Warriors. They selected him with the 55th pick in this draft. Yet, he is proving to be one of the best players to emerge so far. Gui scored 23 points for his team in his debut. Additionally, he also had 6 rebounds and 3 steals shooting 7 of 13 from the field He was also aggressive with his play and went to the free-throw line 11 times and made 8 free throws.

Shareef was perhaps most hyped up prior to suiting up This would be a unique case of a father and son both having played for the same team, the Los Angeles Lakers. However, this is only assuming Shareef is given a contract for the regular season.

O’Neal scored only 6 points,1 assist, and 6 rebounds in 16 minutes of playing time. He will need to step up his game if he wants to earn a spot in the Lakers lineup and rotation down the line.