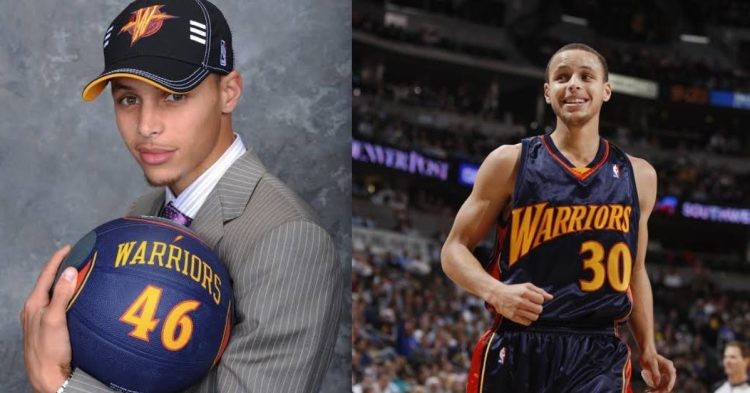 Stephen Curry is one of the greatest players of the current day. He is definitely in the top 10 all-time list even if a few haters claim otherwise. His performances this season have proven that he is truly out of this world.

Steph stepped up when his team needed him this season. During Game 4 in the 2022 NBA Finals, Steph single-handedly stepped up and went for the Celtics directly. He put up more than 40 points on the board to help the Warriors take the win.

The way he shoots makes plays, and makes passes that no one else can see, is something we’ve never seen before. However, the current era brings one question to our minds; how did he perform in his rookie year?

How it all started for Stephen Curry as a rookie

The Golden State Warriors drafted Steph as the seventh pick in the 2009 NBA Draft. It is safe to say that Steph was the only top 10 pick who has gone on to have a successful career. He has won numerous titles with GSW, the team that has stuck with him for more than a decade.

In his rookie year, Steph got straight down to business. Coaches usually wait for young players to gain experience little by little. That year, Steph played 80 games in the 2009-10 season. In these games, The Chef averaged 17.5 points, 5.9 assists, and 4.5 rebounds. These numbers are quite impressive for a new player that does not have much experience in the league. Take a look at his best highlights here.

Following the show of his maturity, many expected that he would become more successful than the other players his age. Two examples of such players would be James Harden and Demar DeRozan, who started at around the same time. Although they have had their fair share of success, they can’t come close to Steph’s level in terms of the impact made.

Although Steph was one of the favorites, he was not able to win the Rookie Of The Year award. Despite scoring more than 50 points in a game that season, Stephen Curry could not enjoy the recognition he needed. However, as much as he was ignored back in the day, As of now, the respect he has after consistently putting his name in the contention for all-time GOATS can be seen clearly. Only time will tell if Steph can surpass LeBron and Michael in terms of legacy.