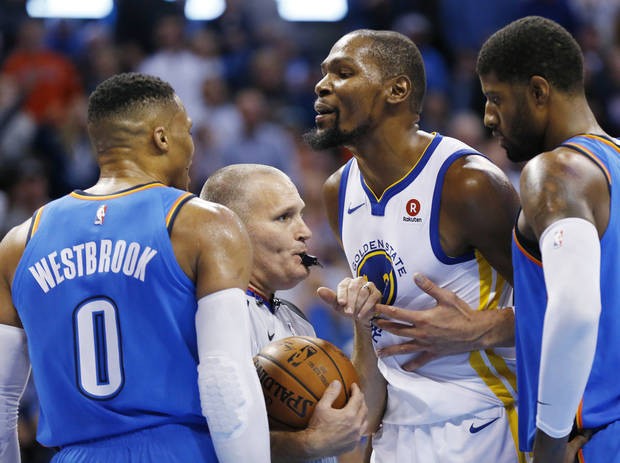 In the 2008 NBA Draft, the Seattle Supersonics drafted Russell Westbrook 3rd overall. They believed he would be the perfect fit around their young superstar talent of Kevin Durant. That also coincided with the time the Supersonics were being moved to Oklahoma City. So the legacy of Oklahoma City started on the shoulders of these 2 young players.

In their first season together they had a losing record but that helped them get a high draft pick. With that Pick, they drafted James Harden. In the last 4 season, the 4 players they drafted became the big 4 of that franchise.  Kevin Durant, James Harden, Russell Westbrook and Serge Ibaka. It did not take long for them to be successful in the league. Within the next 2 seasons, they made the conference finals and the NBA Finals. Kevin was averaging 28 and Westbrook was averaging 24 whilst James Harden was the 6MOTY.

However, instead of running it back with a team that would definitely get better with time, the OKC traded James Harden. James Harden wanted the max extension but the Thunder were not willing on doing that so instead of losing Harden for Nothing they traded him to the Houston Rockets.

The Rise of the Westbrook and Kevin Durant

In their first season since the James Harden trade, this dynamic duo came out hot. They won 60 games. They were 1st in the league in offensive rating and 4th in defensive rating. Except for the embarrassing loss in the 2nd round and nearly got swept they looked good. With the team becoming good so does the relationship between the stars. They became inseparable best friends ready to defend each other at every turn. They’d appreciate each other’s contributions and were considered as one of the scariest duos in the NBA.

They only got better. In 2013-2014 Kevin Durant won the NBA MVP. The first one of his career. In one of the most memorable MVP speeches in recent history. He credited Westbrook and that definitely was the absolute peak of their relationship.

The Bitter Break Up

We know that nothing good lasts forever. The Season after winning the MVP Award, Kevin Durant got injured and missed a majority of the season. This was the first time Russell Westbrook was the number 1 option. The Thunder missed the playoffs but Westbrook looked elite. He averaged 28 points, 8 assists and 2 steals. But people started doubting Westbrook’s ability to win without Durant. At this point, it was all just noise.

Then came the 2015-16 season. Durant and Westbrook were back to being scary but it wasn’t making the headlines anymore. What was making the headlines was the Golden State Warriors who just won the most games in regular-season history. 73 wins and just 9 losses. The Splash Brothers were now the best duo in the west. They were the reigning champions and were ready to cap their historic season off with a title. OKC play in the same conference as them meaning if either of them wanted to make the Finals they might have to play each other. And they did meet, in the Western Conference Finals.

The Oklahoma City Thunder went 3-1 up in the series are they looked like they were going to defeat the best team in NBA history. But then they didn’t. They lost game 5, 6 and unfortunately even game 7. A 3-1 lead choked in the Western Conference Finals, how embarrassing. Luckily the Warriors did the same in the Finals losing to the Cavaliers even though they had a 3-1 lead. That Finals overshadowed the Thunder’s loss.

The OKC Thunder thought it’s okay, we dust ourselves off and get back next year. All they had to do was resign Kevin Durant, the best player their franchise had seen. He was always loyal so that would not be hard right? Right? 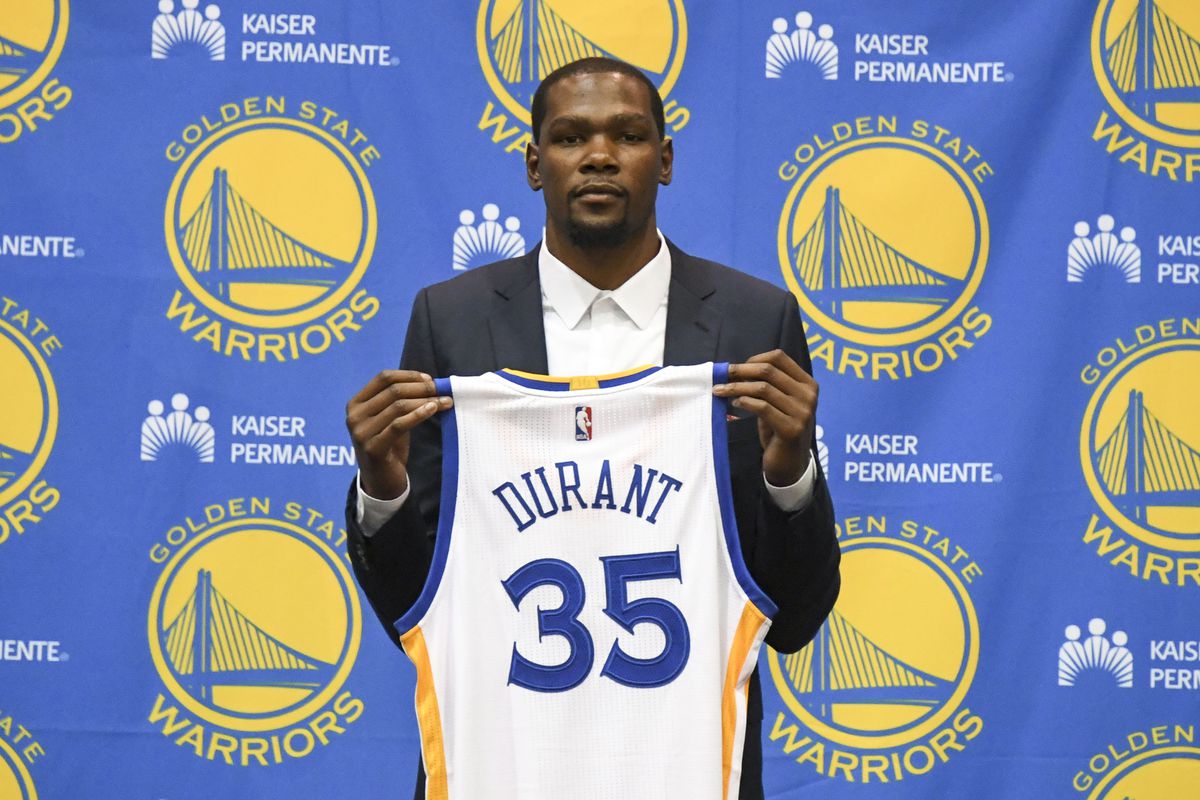 We all know how this story went. Kevin Durant signed with the 73-9 Warriors in the offseason. The best team of all time added one of the best players to form a true super team.

How did Russell Westbrook react?

The World hated Kevin Durant twice how they hated LeBron especially Oklahoma. When the Warriors came to play the Thunder the climate was scary. Boo’s and insults were galore. And Westbrook had a very heated exchange with Durant. But Russell had the last laugh dominating the Warriors. Westbrook went on to use this for motivation.

He averaged a triple-double for the first time since Oscar Robertson and won an MVP for this amazing feat. Whereas the Warriors went on to win the title and Durant won the Finals MVP. In the 2017 All-star game, they looked like their individual success had trumped over their beef. That maybe seemed like the end of all that.

No, it wasn’t. Durant took shots at Russell in interviews over and over again. Forgetting Westbrook as one of his top 5 teammates. Saying he wasn’t skilled and was not a handler or a shooter. And Westbrook made his response through his amazing performances on the court against him.

James Harden and KD reunited maybe so could Russ. That would be amazing to see them back together.