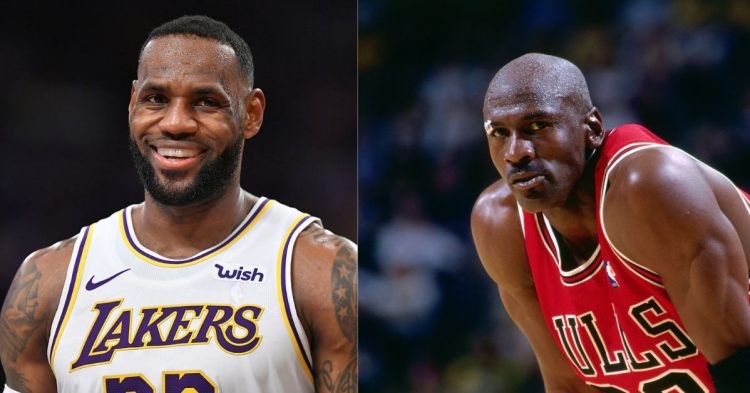 LeBron James is one of the greatest players to play in the NBA. He has won 4 titles with 3 franchises. Additionally, he has also been extremely successful in his off -court endeavors. King James has managed to acquire a net worth of over $1 billion towards the beginning of year 20 in the NBA. Michael Jordan, on the other hand, was only able to become a billionaire after becoming the owner of the Charlotte Hornets.

It is no small matter to earn in the millions, let alone the billions. LeBron has managed this feat at the young age of 37. He may be a veteran in the NBA. However, he is not much more than a young child in a world of billionaires. Therefore, one must wonder how he achieved this feat in considerably less time than MJ.

It is no misconception that money rules the world. This also applies to the world of professional sports. Therefore, NBA players are more often than not, under the mercy of their franchise owners. The player may look incredibly successful and wealthy to the average individuals. However, their financial status looks extremely average compared to the richer owners.

King James has been in the NBA for almost two decades now. He has created a legacy for himself that most players can never hope to catch up to or match. However, he knows how difficult it is to establish oneself as financially successful, especially in the big leagues. In fact it took Michael Jordan almost ten years post retirement to finally reach a net worth into the billions.

There are many reasons LeBron has been able to surpass MJ in this sphere. One could argue that the expansion of the league and the standard of living and expenses have changed greatly in the last decade. Therefore, modern young NBA players are getting money that only NBA legends of the past did.

LeBron has had an incredibly successful year financially. This is despite being eliminated from making the NBA Playoffs. In fact reports show that he has earned more than 120 million dollars this season alone. This has come through the various endorsements and advertisements that he engages with.

Michael Jordan must never have gotten as many financial opportunities as LeBron James. This is also because the modern NBA is becoming more “player- oriented” and giving the athletes more freedom to earn than they ever did before. This is how LeBron has been able to achieve this feat.