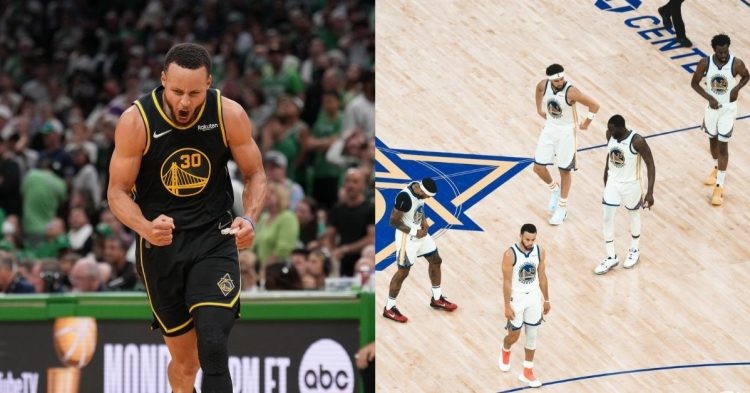 The Warriors have just won their 4th NBA Championship within the Stephen Curry era. They have managed to take home the title after a Game 6 win against the Boston Celtics in the 2022 NBA Finals. This year, Curry has stepped up for the Warriors consistently and been a major influence on them till the end of the buzzer.

Steph has been amazing for the Warriors this past decade and if it wasn’t for him I don’t think they would have won anything at all. The entire Warriors offense is based around the chef. Moreover, during their first championship run back in 2015, Steph averaged 26.0 points, 6.3 assists, and 5.2 rebounds. He was the best player on the Warriors throughout that series. But, he didn’t win the FMVP for that finals, Andre Iguodala did after he averaged  16.3 points, 5.8 rebounds, and 4.0 assists.

This is often looked at as a somewhat controversial decision and Curry loyalists never let go of an opportunity to bring it up. In fact, Curry hasn’t won a Finals MVP for any of the Warriors’ championship runs.

After this year’s performances, it would’ve been a crime to not give him the MVP trophy. He was the difference between the two teams and showed up in multiple games. The Chef averaged 31.2 points, 6.0 rebounds, and 5.0 assists in 6 games of the NBA Finals. However, missing out on a Finals MVP would not be a big deal for Steph. Regardless, it is a talking point for NBA analysts and fans when mentioning Curry and his achievements.

Stephen Curry is all set to go down as one of the greatest, he is also a guaranteed lock for the NBA HOF. Even if the Warriors had lost to the Celtics, Steph was the clear favorite for the trophy. Many claimed that he was slowing down in the Finals after an unusual performance in Game 5. He responded by showing up in Game 6 with 34 points, 7 rebounds, and 7 assists.

The Warriors have pulled it off to mark this their 4th championship within the last 8 years. Stephen Curry has been the Warriors’ best player in this finals followed by Andrew Wiggins. However, Wiggins has played well but no one on either team has been as good as the Chef. His performances have been done justice with the prestigious honor.