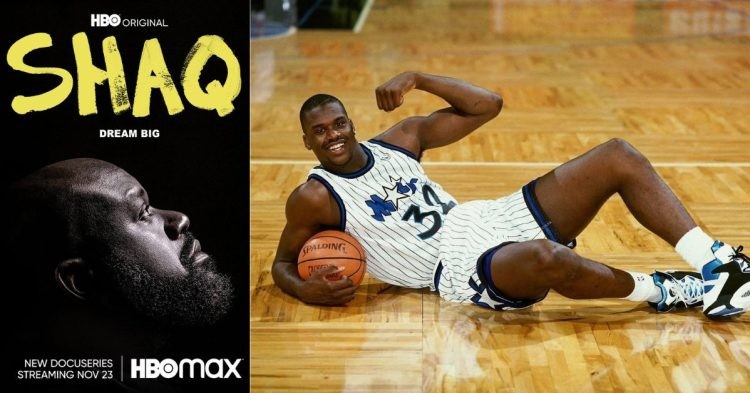 Much like Jordan did with the Last Dance, another legend of the game, Shaquille O’Neal is also getting a documentary. Shaq has been perhaps one of the greatest centers and one of the greatest Lakers in his time. A documentary on him will show us what it was like for Shaq on the Lakers and just in his career in general. The documentary will come out on the 23rd of November and will be available on HBO.

The new wave of Sports Documentaries over the past 2 years has been incredible.

O’Neal in today’s world still holds a dominant presence, so to watch him navigate through the struggles of everything he did as a player will surely be a joy. Hopefully, the documentary is well thought out and the stories we get from it aren’t fabricated at all. Fans are expecting to see the truth about Shaq’s career in the NBA and hopefully, the studio handling it can provide this service to the fans.

What can we expect from the Shaquille O’Neal documentary on HBO?

Through this documentary, we will get the answers to a lot of questions that have been on fans’ minds for a while now. Questions like why did Kobe and Shaq fall out, what was Shaq’s time like as a rookie in Orlando, and what was his experience like while playing for the Miami Heat and the Celtics late in his career?

Apart from all that, we will also get to see a lot of Shaq’s insights on what goes on in the NBA world, and the teams that he was a part of. Shaq, because of his long career in the NBA is a data bank of knowledge.

.@HBO will release a four-part documentary series about the life and career of @SHAQ 🎥

We will have access to all of that once his documentary comes out. Basically, we will get to see Shaq grow from a rookie to the legend that he currently is. Hopefully, we also get to listen to more stories that explain how Shaq went from being an NBA player to the Business tycoon that he is today.

Shaq has made a lot of smart decisions and we will get to experience his journey. The Documentary comes out on the 23rd of November on HBO and the fans just can’t wait to have a look at it.