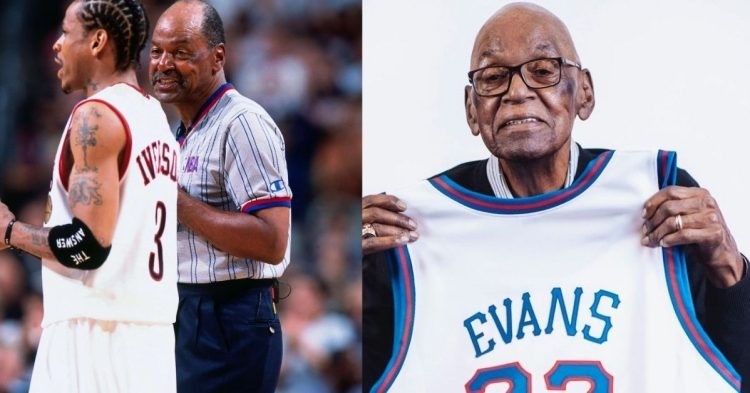 Hugh Evans was a former referee inducted into the NBA Hall Of Fame. He had a successful career and officiated almost two thousand games between 1973 and 2001. He passed on July 8th at 81 years old. Evans made history as one of the first African American referees in the league. Therefore, his death, even at an old age is quite saddening.

The NBA has seen a lot of change and acceptance in modern times. However, it is important to remember that it is because of people like him who challenged stereotypes, that black men and women are able to have careers in the league.

Evans was a man that dedicated the majority of his life to the NBA. Therefore, it is important to recall all his achievements and efforts. People are usually remembered and given attention after they pass away. This is the sad reality of life and that is why most people have no clue who he was.

Hugh Evans was both a veteran referee and a humble personality

The deceased referee had nothing short of an illustrious career. He officiated around 1969 regular-season games and 170 playoff games throughout his time in the league. Additionally, he officiated 35 NBA Finals games and 4 All-star games.

He spent almost 30 years in the league in order to manage this feat. Moreover, he did so at a time when black people were not given opportunities to succeed. As a result, his journey which began in the league and ended in the Hall of Fame requires commendation.

It is interesting to note that there have been only 6 referees successfully inducted into the Hall of Fame. The rest of them were either NBA coaches like Phil Jackson or NBA superstars like Michael Jordan. Therefore, just being considered for this is quite a remarkable achievement.

Evans discussed the challenges of being a respected black official in the league. After all the majority of owners, coaches, and other referees were almost always white. Considering his career began in 1973, one can only wonder what he went through initially in order to establish himself as a successful referee in the eyes of the masses.

The NBRA, along with the entire basketball community, is beyond saddened by the passing of legendary NBA referee Hugh Evans. Evans, forever a trailblazer will be inducted into the Basketball Hall Of Fame this September. Rest in peace and may your legacy live on. pic.twitter.com/m0v8P3U0g2

Sometimes people are given credit for their work only after their deaths. Thankfully, this was not the case for Evans. He was already named to the Hall of Fame earlier this year when he was still alive. Therefore, he knew he had “made it” and earnt the respect of the basketball world before passing away.