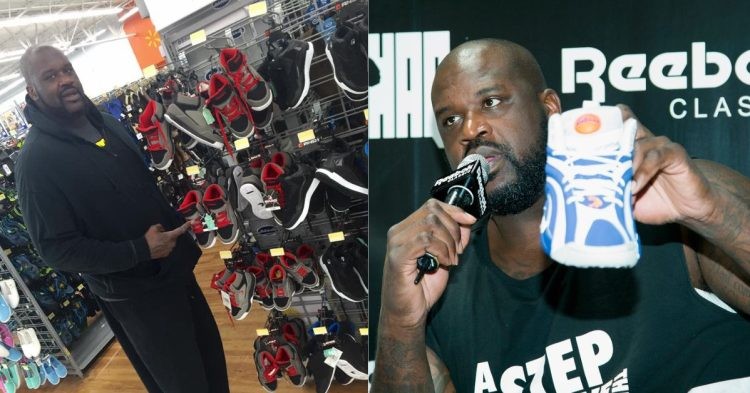 Shaquille O’Neal is one of the greatest big men we have ever seen in the NBA. Additionally, he is also one of the richest players to emerge from the league. We are all familiar with many of Shaq’s business ideas and investments over the years. However, not many people know that he decided to start his own shoe brand back in 1995.

NBA fans will remember that Shaq was drafted in 1992 and is already on his way to stardom. He signed a contract with Reebok to endorse and promote their brand. Be that as it may, an interaction with a young mother and child changed O’Neal’s mind. He soon moved on to start his own shoe brand.

We should wonder how this interaction went down and why Shaq decided to engage in this idea.

NBA athletes play a huge role in the marketing and development of shoe brands. After all, Chicago Bulls legend Michael Jordan started the “Air Jordan” or “Jordans” brand largely due to his influence as a great NBA player. However, in the competitive business world, more brands equate to higher pricing. Thus, ordinary people ended up being the ones affected and left out.

A child would want a pair of basketball shoes. But it would be a great pain to the parent unable to afford it. This was the circumstance under which Shaq decide to create Dunkman.

#Shaq The Bronze Dunkman. Salute to the #Lakers for honoring DR. SHAQUILLE O’NEAL Ed.D. with a Statue outside the Staples Center in #LA. pic.twitter.com/8kPv0x8rtp

“I was leaving practice one day, and this lady with her baby, Shaq Shaq Shaq. But the mama wasn’t smiling she went off yada yada just crying about the price. And I stopped and I felt like she was right… cuz they were like 2 or something because everybody trying to compete with Mike that was the business. So I’m sitting there like yeah she’s right. Then I called reebok and said I’m gonna start my own brand and then we did a deal with Walmart.”

This is truly a kind gesture and initiative from the 4x NBA champion. O’Neal went on to reveal how well Dunkman is doing, “But then I had something carved out where I can do my own deal on the side. So we got started on the Dunkman… Since 95 when we did that we probably sold over 400 million pairs.”

To those interested, Shaq’s dunk man shoes are all estimated to cost below $39. This allows families that are not financially well off to still be able to purchase them.
Tags: NBAShaquille O'Neal
Previous Post