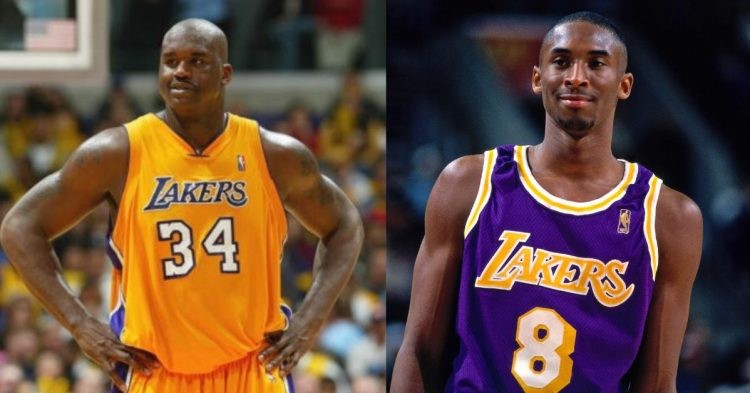 Shaquille O’Neal was a cornerstone for one of the greatest teams ever alongside the late Kobe Bryant. They led the Los Angeles Lakers to win 3 NBA titles in a row in 2000, 2001, and 2002. Both of them have agreed that they would have won several more titles had they stayed together as teammates.

Shaq recently revealed some suppressed emotions regarding his old friend and teammate Kobe. Death is a very powerful variable that makes people question life and its purpose. One can only imagine what it feels like to lose a close friend. It is important to understand the important message O’Neal is trying to convey to his audience.

Anyone who has experienced the loss of people close to them will agree that “not having done more” is a very common feeling once we realize nothing more can be done in death. This is a very powerful message and is what Shaq has been feeling to a great extent for a while now.

“I just broke down, the fact that I didn’t even get a chance to talk to him. He works, I work.  I don’t like to bother people. We made history together. I should‘ve been the one to just call once a week or text once a month or once a year…saying happy birthday, how’s your kids? We never did that, so kind of still sits with me“.

Shaq went on to make this a moral for us on how to value life, “So anybody you’re thinking about or anybody you haven’t talked to in a while. Send them a text, and give them a call. Because once they’re gone, they’re gone forever”.

O’Neal certainly makes a valid point. He and Bryant may have had their differences on the court. Nonetheless, they were close teammates who achieved what many can only dream to do in the NBA. Perhaps, when Kobe was alive, they never really acknowledged the value of the other.

Kobe was a man of few words. So we don’t know how he felt about his relationship with O’Neal completely. At least both he and Shaq made peace after parting ways as teammates and were not on bad terms when he tragically died with his daughter and several others.