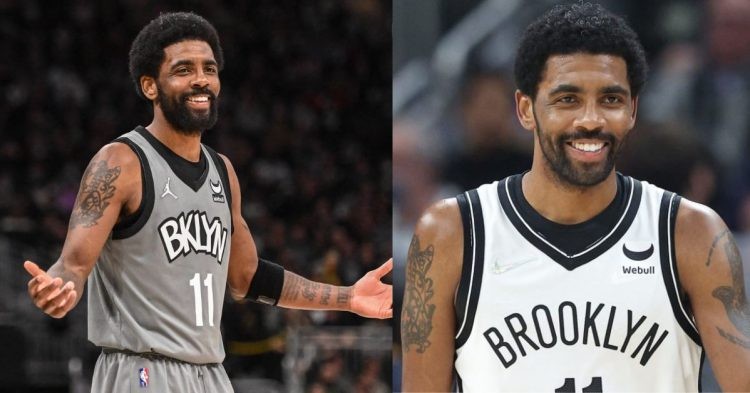 The Drew League has seen many NBA stars feature over the years. It has been a platform where basketball players can enjoy themselves and simply just have fun. This year, LeBron James played in a Drew League game after more than a decade. Apart from him, one other player that was supposed to play a game was Brooklyn Nets star Kyrie Irving.

Kyrie Irving has been in the limelight for the past year. Earlier, he had a back and forth saga going on with the Brooklyn Nets management. The reason was as he refused to get a vaccination. He had to sit out for several games due to the state law that existed. Now, he has again got people wondering why he missed the Drew League game.

The American had agreed to play for sure, according to Drew League commissioner Dino Smiley. He said, “sounded like it was going to be a sure bet, but I don’t know what happened.” Many have wondered why Kyrie changed his mind at the last moment to not play. Dino also added, “I guess he changed his mind in the middle of it.” However, we can expect him to play the next game.

Drew League Commissioner Dino Smiley on Kyrie Irving’s no-show today: “I don’t know. They were pretty sure he was coming. But you know how Kyrie is. I guess he changed his mind in the middle of it.” Dino said there is a possibility that Kyrie plays in a game on Sunday.

The fans expected Kyrie to play basketball on the day, and he did. The only difference was that he did a fair distance away. An Instagram user posted a story of Irving helping out at a basketball skills camp. Phil Handy, an assistant coach at LA Lakers, organized the camp for girls who are looking to make it into the game.

Everyone wanted to know why Kyrie Irving wasn’t at the Drew League with LeBron James and DeMar DeRozan.

Kyrie was with Handy at the Cavaliers for about five seasons. Although it may be just a favor to his former coach, many believe that Kyrie may be going to the Lakers for sure. The incident fuels the rumors of the trade happening as the Lakers also look to include Russell Westbrook in the deal.

This hasn’t been the first time that cameras have spotted Kyrie in LA amid the rumors. Earlier this month, fans captured the 30-year-old attending an LA Sparks game. Reports constantly emerge mentioning that the move might be on the cards, but we can only wait for the official news.