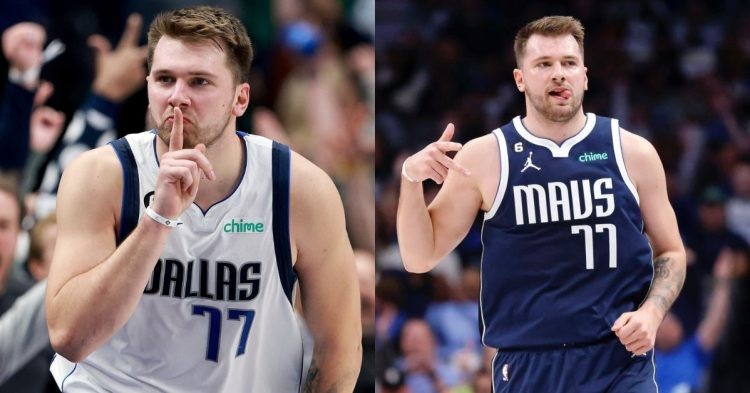 Luka Doncic has been putting up huge numbers night in and night out. Luka’s legend has only continued to grow since he came to the NBA and this season has to be his best one so far. Doncic and the Mavs have been on a tear this season. The team currently has a record of 8 wins and 5 losses. During this entire stretch, Luka has led the Mavs in points, rebounds, and assists!

He’s only the 3rd player in NBA history to reach 25 such games before the age of 25, joining:

He is currently averaging 34.4 points per game which makes him the league’s leading scorer. Along with that, he is also averaging 8.9 rebounds and 7.8 assists which are insanely good stats on their own. Luka is truly having a career season and has been unstoppable so far. All of his feats this season will go down in the history books.

In the Mavericks game against the Clippers, Luka had another massive performance for his team, pouring in a total of 35 points with 11 rebounds, 5 assists, and 3 steals to go with it! After this insane showing, Luka was feeling himself so much that he made a “shush” gesture against his home crowd. Luka was aware of the blunder that he made and addressed it in the post-game conference.

Luka Doncic on his dagger three celebration vs. the Clippers 😂

This has left a lot of fans confused and they took to Twitter to talk about it this hilarious yet iconic event. Let’s have a look at what some of the fans had to say.

While some fans saw the funny part behind the situation, others were just confused.

One fan also believes that he was just channeling his inner mamba.

Or maybe he was just emulating greatness? pic.twitter.com/qsvNodpRby

But all Mavericks fans love him and just appreciated him for his honesty.

One NBA fan had a hilarious take on the situation and said that Luka just thought that he was playing a road game.

Luka however was just as confused as his fans were. He is currently competing with the likes of Giannis and Stephen Curry for the MVP and has all the tools to claim the trophy for himself. This season from Luka will be one of the greatest regular season performances we ever see from a player and it’s safe to say that Luka is easily living up to all the hype.