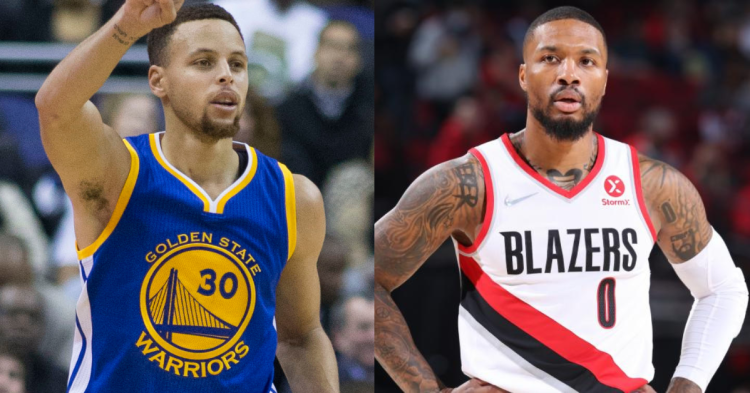 Portland Trailblazers‘ face of the franchise, Damian Lillard is tired of all the disrespect he receives from NBA fans. Recently in a conversation with Golden State Warriors forward Draymond Green, Lillard made his stand clear as to where he places himself in the Point Guard hierarchy.

After fighting tooth and nail for the final spot in the 2019-20 NBA Playoffs, Portland Trailblazers faced defeat in the hands of Western Conference Champions LA Lakers in the first round. The reason behind an early exit could very well be attributed to the injuries suffered by Damian Lillard and Zach Collins. However, Damian Lillard’s performance vs. the LA Lakers was at best mediocre in the 4 games he played against them.

All in all, it was a tough season for the Portland Trailblazers falling from 3rd seed the year before to barely making it to the playoffs. Although they have faced years of playoff disappointment mostly by Golden State Warriors, neither Damian Lillard nor CJ McCollum has left the franchise. Lillard expressed his desire to stay with the team and win with honor which was clearly a jab at stars forming superteams.

When Draymond Greens asked him if he feels the fans let him down the media or the NBA players, Lillard revealed he felt let down by everyone at one point in his career. He certainly didn’t rank himself above former MVPs but he believes he is at the same level as Stephen Curry, Russell Westbrook, and Chris Paul.

“It’s interesting that you said that about Steve Kerr because I felt that way a few years in my career. I am looking at Steph and Russ, and Chris Paul, and I don’t view them above me. They I see people speak on my name sometimes, you know it’s almost like, ‘He is a great player, but he’s like..’ but what?” 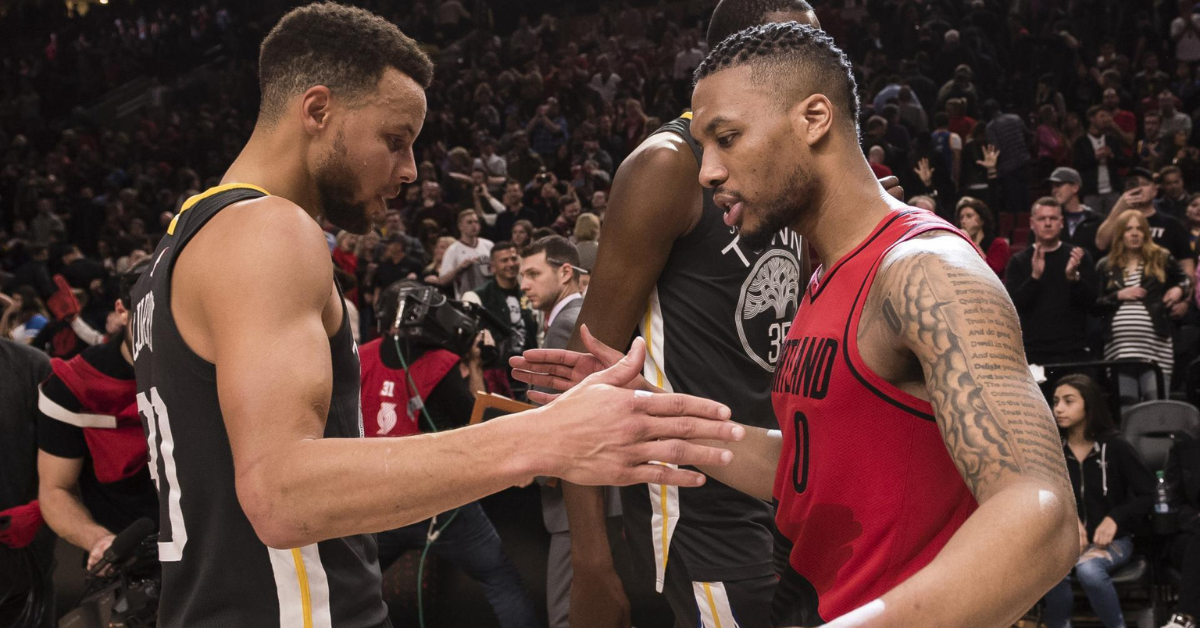 Is Damian Lillard at the same level as Stephen Curry and Russell Westbrook?

It’s fair to establish that Damian Lillard is better than Russell Westbrook in every aspect, be it volume scoring or traditional Point Guardeque abilities before we compare him to Stephen Curry and Chris Paul. Although one area in which Westbrook excels is athleticism but, it is not enough to win a championship. In addition, Lillard has a higher chance of winning a title before Westbrook does with the Houston Rockets’ small-ball lineup.

Damian Lillard was unanimously voted as the bubble MVP after clinging to the final spot left in the playoffs. He had back to back high scoring performances to qualify for the play-in tournament. He averaged career-high 30 points and 8 assists in the 66 games he played this season. However, the fall was drastic in the playoffs as he scored mere 24.3 points and 4.3 assists per game.

Even though he plays the point guard position, he is incapable of creating shots for teammates as efficiently as Chris Paul or Stephen Curry. CP3’s high assist numbers are no news to anyone and Stephen Curry’s gravity on the court is undeniable. Despite unlimited range, Damian Lillard fails to attract double teams like Stephen Curry or exhibited high basketball IQ like Chris Paul.

In addition, Portland Trailblazers lost to the Golden State Warriors several times in the playoffs without Kevin Durant. It is undeniable that Stephen Curry is the better basketball player out of the two. However, Damian Lillard is easily top 3 Point guards in the NBA at the moment.

Also Read: “#23 was buried under The Garden”- Kevin Garnett Ridicules LeBron James and his Fans