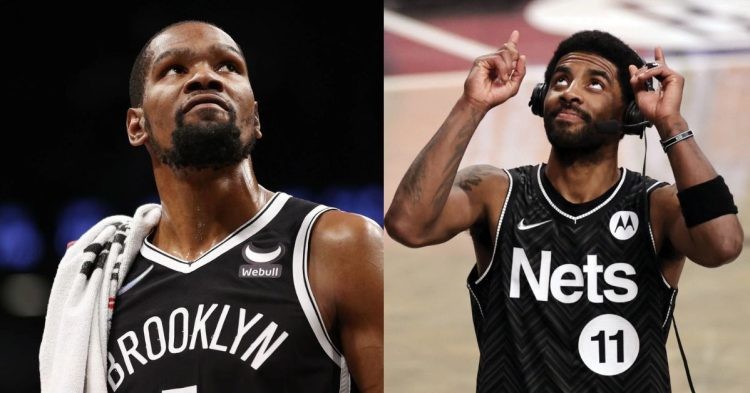 This NBA offseason has been full of trade talks and rumors. The people expected the Brooklyn Nets stars Kyrie Irving and Kevin Durant to part ways entering this season. After all, Durant requested to be traded just days after Irving opted into the final year of his contract However, as we all know, he soon took back this request.

NBA analyst David Alridge made a somewhat controversial statement when discussing the fate of the two NBA stars with the Brooklyn Nets. He seemed to indicate that Kyrie Irving is more valuable than Kevin Durant. Everybody is entitled to an opinion and perhaps in some ways, Irving is better. It is important to understand the context in which David said what he did and how much truth there is to it.

David Alridge claims that no one can do what Kyrie Irving does, not even Kevin Durant

It is quite difficult to compare Irving and Durant. After all, they have very different builds and play different positions. However, it is safe to say that they are two of the most creative scorers of their size ever. That lets people believe Durant is inherently superior as he is able to control the ball better for someone of his size.

When it comes to handles, ball control, and finishing at the rim through contact, Irving might just be better than Durant. Basketball is an interesting sport. The smaller point guards shoot the ball better than the larger players. Several analysts have claimed that it has something to do with the size of a big person’s hands and how they impact the shot. Especially at the free throw line.

Looking at these numbers alone, David Alridge has a point. Be that as it may, Durant gives a lot more to his team in terms of rebounding and defense. Therefore, he is a higher value player compared to Kyrie Irving.