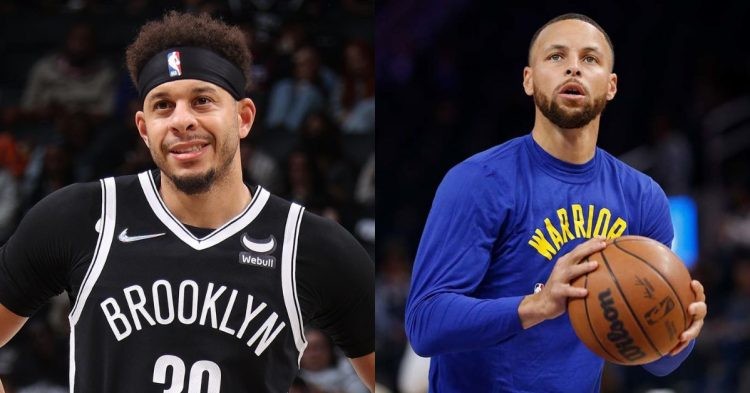 Seth Curry is the younger brother of the 4x NBA champion Stephen Curry. Both siblings are quite close and fell in love with the game of basketball thanks to their father Dell Curry. Seth is currently with the Brooklyn Nets and was traded there from the Philadelphia 76ers. He was asked whether he would ever consider playing with his older brother and the Golden State Warriors.

The NBA is a business, more than anything else. Therefore, it is really not Seth’s call or decision to decide to play with Steph. Nonetheless, when he was asked about the idea, he had quite an interesting response.

It is amusing to know that the brotherly rivalry between these two NBA stars is quite strong. After all, no two brothers would like to be compared to each other at any level, let alone as teammates. Seth is quite gifted as a three-point shooter in his own rights. He has averaged 47.7% from the field and 43.9% from the three-point line throughout his career.

These scoring statistics can be compared to Steph Curry’s, who has been averaging 47.3% from the field and 42.8% from the three-point line. The numbers indicate that Seth is extremely efficient from the three-point line and perhaps even a little better than Steph. However, he has played far fewer minutes and games in comparison to his older brother, which could be one explanation for why his scoring percentages look better. They would make ideal teammates. However, when questioned, Seth had a well-worded response on why he wouldn’t want to play with Steph.

“I’ve thought about it as people bring it up, but to me personally, I enjoy kind of being away from him. Trying to create my own path and do my own thing you never know what the future holds. I wouldn’t be against it, but it’s definitely not my preferred choice to be on the same team as him, definitely right now. Being a younger brother gave me a leg up and an edge to get to where I am today. I always had somebody I was chasing to be as good as, or better than, in literally everything, not just basketball.”

One can only imagine the scrutiny and pressure Seth faced just being associated with the greatest three-point shooter in the NBA. Therefore, it is really no big surprise that he has little interest in playing alongside his brother Stephen Curry.