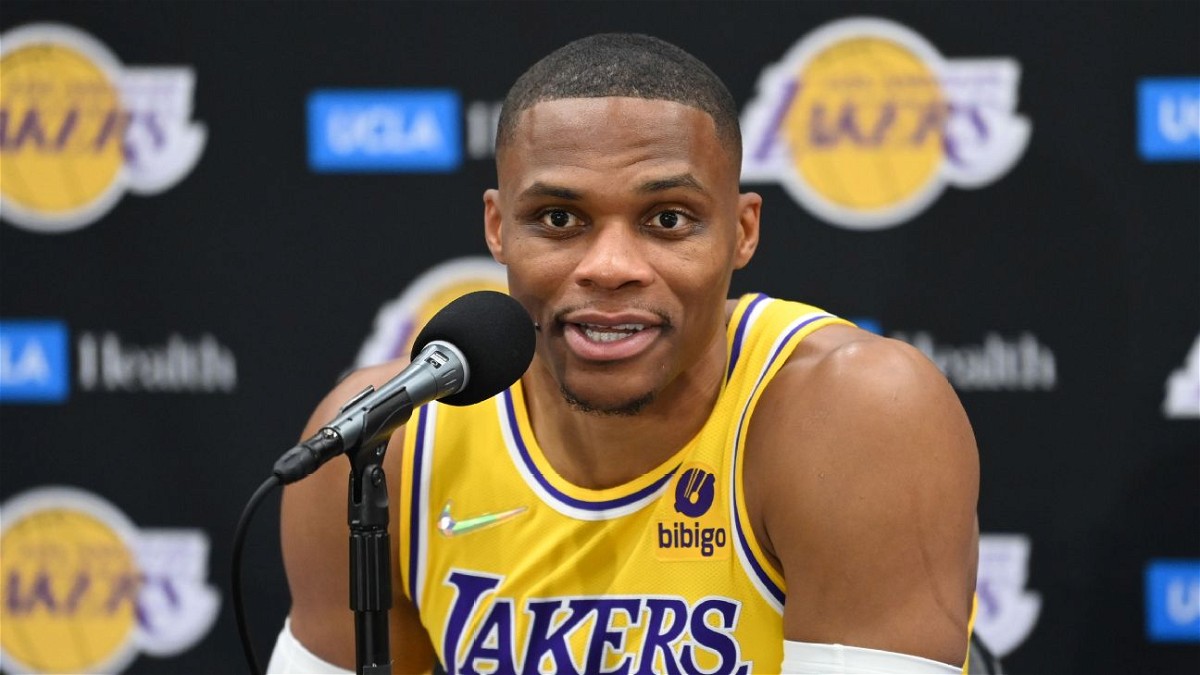 On 6th August 2021, the Los Angeles Lakers signed Russell Westbrook from the Washington Wizards and put the rest of the NBA on notice. A fearsome trio of LeBron James, Anthony Davis, and Russell Westbrook instantly propelled the Lakers to contention talks. But things have not gone to plan.

The Los Angeles Lakers’ season has gone from underwhelming to turbulent. What was once hopes for a championship, quickly got reduced to a playoff dream. And now, the Lakers are teetering precariously on the edge of the Play-In tournament. Injuries have ravaged their roster and hindered any chemistry to form amongst its key players.

But when not injured too, Anthony Davis and Russell Westbrook have failed to deliver performances up to the mark. Davis has followed up the 2020-21 season where he played only 36 games, with another injury-ridden season. He has played only 37 games this season so far and is not expected to return anytime soon.

Lack of expectations from Russell Westbrook has been apparent

Russell Westbrook, former MVP, has experienced a similar slump. The all-time triple-double leader has averaged a decade-low 18.1 points this season and his shooting has been abysmal. His nonchalant approach to the game has drawn rampant criticism on social media. He has also been the victim of trolling online due to his erratic shooting.

After the Lakers’ latest drubbing by city rivals, Los Angeles Clippers, Westbrook sat down to answer some press questions. What followed was a disappointing look on the Los Angeles Lakers and Russell Westbrook.

A reporter asked Westbrook to voice his thoughts on the lack of playing time he has received with his co-stars. And subsequently, how that has affected the Lakers’ ability to win and whether it met his expectations. Westbrook did not take kindly to the question and lashed out.

“What did I envision? What did you envision, since you spoke for me?”

The reporter curtly responded, “I would imagine some wins.”

Westbrook swiftly asserted that the season was not written off for himself or the Los Angeles Lakers. He also made a revelation that has not sat well with Lakers fans.

“Is the season over? No. Thank you. I had no expectations. I have no expectations of how things will work, I just find ways to best help my teammates and that’s about it.”

Westbrook just proved right every critic of his who has called him out on his attitude. By stating his lack of expectations, he casts further doubt on whether this trade should have gone through. A telling statement, if anything, and one that is sure to unsettle the rest of the roster too.