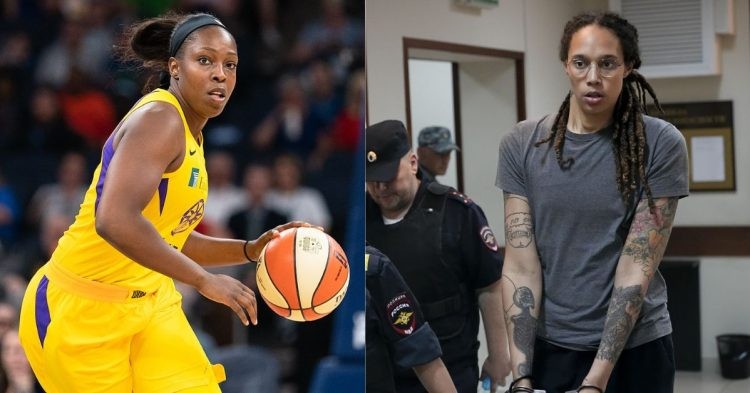 All NBA fans know that Stephen Curry carried the Golden State Warriors to the 2022 NBA title. However, not many of us are familiar with the WNBA and are aware that the WNBA finals occurred recently. The Las Vegas Aces managed to defeat the Connecticut Sun and secure their first title in franchise history.

The WNBA Finals MVP Chelsea Gray was clearly an integral part of the aces and helped them win the title. After winning, she took the opportunity to thank everyone. Additionally, she drew attention to the Brittney Griner case.

To those who do not know, WNBA star Brittney Griner was arrested and has been sentenced to 9 years in a Russian prison. She was charged with trying to conceal illegal substances (marijuana vape cartridges) and was dealt a harsh sentence despite pleading guilty. It is important to know what the 2022 WNBA Finals MVP had to say about this situation.

It would surprise many people to know that both the WNBA Finals MVP Chelsea Gray and Brittney Griner are both lesbians and have female partners. Thus, when Griner was in the limelight, she took the chance to show her sympathy for Brittney Griner’s plight.

The Las Vegas Aces star painfully expressed her feelings about a fellow player and member of the community, ” I’m away from my wife for two weeks, and I’m like, I have to get home. I can’t imagine being there for that long with no contact. I hope for her safe return, I hope she is in a good mental space”.

Gray truly felt bad about missing her friend, “I saw a picture recently of me and BG( Brittney Griner) playing on the USA basketball team and I can’t believe she’s not here. I miss her“.

Unfortunately, there is not much anyone can do at this point. There have been several ideas including a prisoner swap to free Brittney and bring her home. Moreover, several prominent personalities including LeBron James have shared their sympathy for her situation. If nothing does happen, hopefully, time flies by soon and Griner is soon reunited with her loved ones.