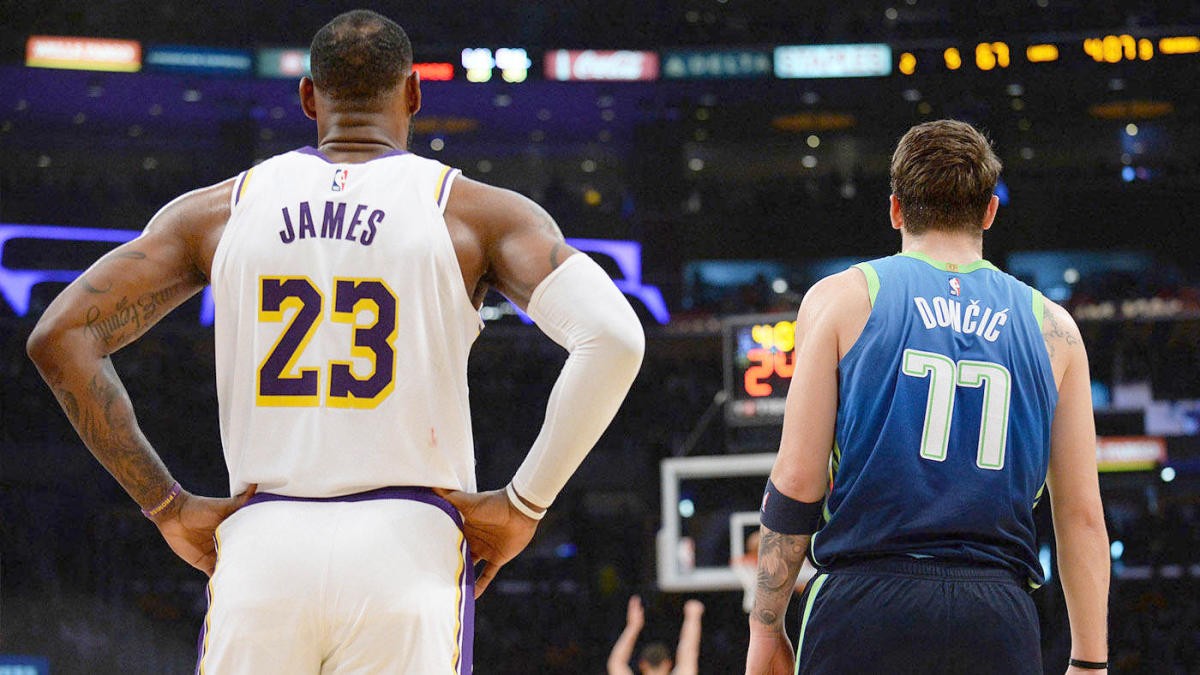 With the All-Star game looming ahead, a lot of familiar faces are often pictured in the same frame. Cleveland will host the game this year and returning hometown hero, LeBron James is an unquestionable All-Star fixture. Another recent addition to the list of perennial All-Stars is young Maverick, Luka Doncic.

Ever since he was drafted at number 3 in the 2018 NBA Draft, the Slovenian has wowed the league with his game. And after making his All-Star debut in his sophomore year, he has not looked back. Already a 3-time All-Star in only his 4th year in the NBA, Doncic is one of the best players in the NBA.

Although there were calls for him to join the Slam Dunk contest too, he will only be participating in the All-Star game.

There has been widespread disagreement amongst fans about him not being a starter in this year’s game. The unanimous belief in his quality is a testament to the reputation he has accrued in his young career. And it is not only the fans, LeBron James has also never hidden his admiration for Luka.

LeBron has previously mentioned how he had planned to sign the former Real Madrid player to Team LeBron as his first signing with Nike. However, that was not to be. Doncic penned a 5-year deal with Jordan to produce his signature line of sneakers. LeBron has since taken revenge by never missing out on picking Luka on his All-Star team.

“I felt special. … It’s something I can’t explain.”@luka7doncic on hearing LeBron James wanted to sign him to a shoe deal 🙏 @brkicks

Dating back to the 2020 All-Star Draft, LeBron picked Luka at number 3 behind only a teammate and a former MVP. Similarly, in the 2021 and the 2022 draft, LeBron was quick to swoop over Doncic and make him a part of his team.

LeBron has also never held back with the praise for the up-and-coming superstar. On being asked about Luka in the All-Star presser, he expressed his love for the Dallas guard.

He went on to make an oft-made comparison of their similar play styles. And he could not have summed it up better.

“The way he plays the game reminds me of how I play the game. We’re triple threats. We rebound, we pass and we’ll put 40 on you too if you disrespect us.”

For Luka, this is as high as praise gets from arguably the greatest basketball player of all time. And he will be eager to impress yet again at the All-Star game and justify the favoritism from his captain, LeBron James.

UFC Vegas 48 Fight Purse: How Much Did Jamahal Hill and Johnny Walker Earn at the UFC Fight Night Headliner