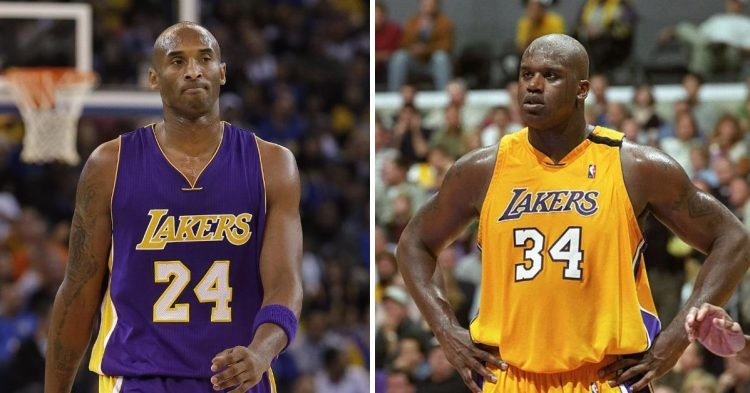 Shaquille O’Neal and Kobe Bryant are widely acknowledged as the greatest one-two punch that the NBA has ever seen. They managed to help the Los Angeles Lakers franchise three-peat and win consecutive titles. Veteran basketball fans from back then will remember that both stars soon fell out and parted ways.

O’Neal took his talents to the Miami Heat and delivered them an NBA title. On the other hand, Kobe Bryant helped the Lakers win 2 more titles after Shaq left. Recently, world-famous YouTuber Logan Paul had a discussion with “the Diesel” about falling apart from Kobe. It is important to know what Shaq revealed and analyze the truth behind it.

After all, Kobe Bryant passed away a few years ago, and clearly cannot verify or contest the claims made by his former teammate. Thus, it falls upon us to decide for ourselves.

The 4x NBA champion was quite real and honest during the show. He knew the rumors about the beef between him and Kobe have been exaggerated for years. Since they are no longer active players and don’t have to cater to the ratings and how it looks, O’Neal revealed how this situation actually went down.

“I see you guys( Logan and Jake Paul) arguing all the time but in the end the respect is there. So he is who he is I am who I am we used to butt heads but you can never lose respect. So me being the leader of the team, I knew what I had so I used to mess with him all the time. Because I already know I’m giving you 28, 29, 30, 40. Now I got to get him to give me that because I could never do it by myself. It had to be a 1-2 punch. So we would go back and forth.

O’Neal went on to justify what he meant, “But if you look at all the documentaries the first championship there’s 20,000 people in the arena and I go up and put my hand up like this and the floor opens up. Who’s the first person to jump? Kobe Bryant So as the big brother sometimes you have to push buttons. As the leader, sometimes you have to push buttons. I feel that when you know you’re a leader you either focus on the relationship or on the task and studies show sometimes when you focus on the relationship the task dwindles… I’m a task-driven leader. I got to win the championship. Because If we lose, they’re coming at me.

At the very least, we know Shaq is telling the truth. If he had cared more about his relationships and how people felt, it was unlikely he be very successful with Kobe and the Lakers.