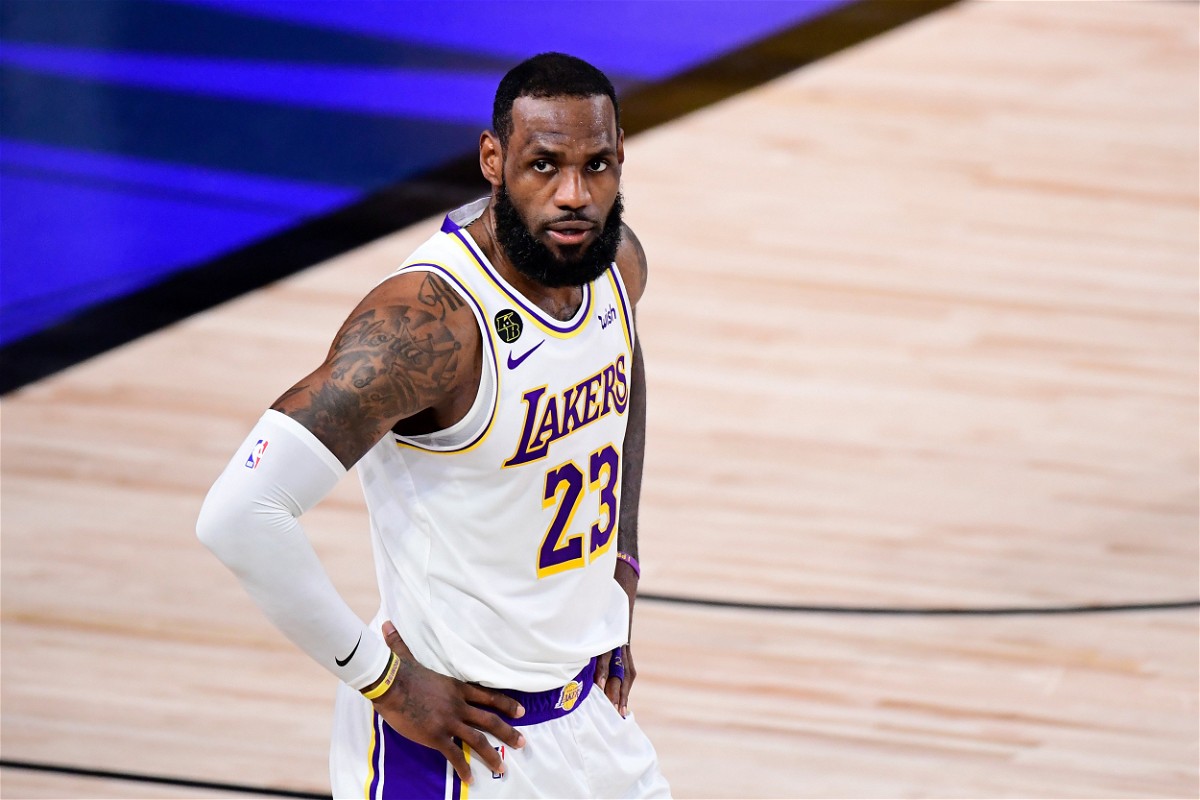 LAKE BUENA VISTA, FLORIDA - OCTOBER 11: LeBron James #23 of the Los Angeles Lakers reacts during the second quarter against the Miami Heat in Game Six of the 2020 NBA Finals at AdventHealth Arena at the ESPN Wide World Of Sports Complex on October 11, 2020 in Lake Buena Vista, Florida. NOTE TO USER: User expressly acknowledges and agrees that, by downloading and or using this photograph, User is consenting to the terms and conditions of the Getty Images License Agreement. (Photo by Douglas P. DeFelice/Getty Images)

The Los Angles Lakers have been the most inconsistent team in the NBA right now. Even with LeBron James playing at an MVP level, they still have a record of below .500 (23-24).

The Lakers lost to the Miami Heat recently. The King scored 33 points and yet the Lakers suffered a loss by 107-113. For the past 10 games, James has averaged 30 points on 56% shooting from the field. He also grabbed 8.8 boards and 5.5 assists.

Even then the Lakers record in the past 10 games is 5-5. Thus again with all the Hall of Famers, everything has fallen onto the shoulder of LeBron James.

It is up to him again to carry the franchise. He has done that his whole life but now him being in his 19th season, it seems impossible. However, the 4 times MVP seems to have confidence in him.

LeBron has been doing this for a long time. pic.twitter.com/oKS5zT0A5R

As when he was asked about the increased responsibility on a stacked Lakers squad he replied: “I was 18 years old trying to save a franchise, so I don’t understand”.

James was the No.1 overall pick in the 2003 draft. He was selected by his hometown team Cleveland Cavaliers. But things didn’t turn out well for him there as the front office couldn’t build a team around LeBron.

However, James’s greatness carried the sub-par Cavs to the NBA finals. He de-thrown the reigning Eastern Conference Finalist Detroit Pistons at the age of 22.

He scored 25 straight points in a crucial game 5 and had 29 of 30 Cavs total points in the last 16 minutes. Even though they went on to get swept by the Spurs but carrying a sub-par team to the NBA finals shows his ability to carry the team.

LeBron again carried the Cavs in 2018. He faced two game 7s by the hands of the Pacers and the Celtics. In 2018, Bron went off in the playoffs as he averaged 34 points, 9 rebounds, and 9 assists in the span of 22 games. He took the Cavs to their 4th straight finals.