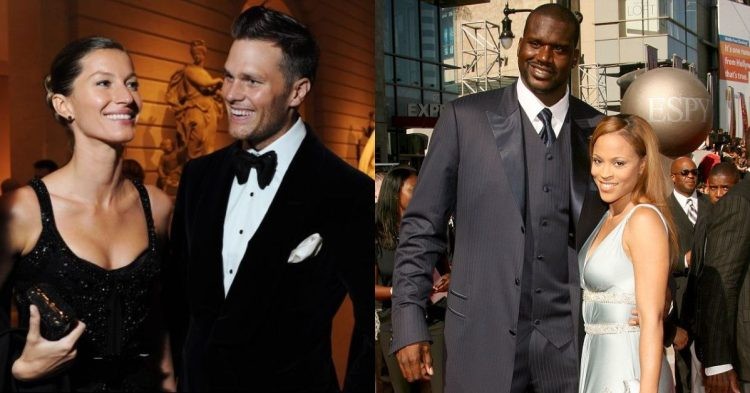 Shaquille O’Neal was a great player back in his day. We all know that he made a name for himself as one of the most dominant players. He formed a formidable partnership with Kobe Bryant at the Los Angeles Lakers and won 3 titles with The Black Mamba (2000, 2001, & 2002). However, he left LA in 2004 to join the Miami Heat, with whom he won the 2006 NBA championship.

That year, Shaquille could not replicate the form he was in for the Lakers. Despite winning the title and being crucial for the team, DJ Diesel was not able to get back to his former self. Recently, he let the world in on what was going on in 2006. On The Big Podcast With Shaq, O’Neal said, “During the 2006 finals I was going through a divorce and I couldn’t do anything right.”

The context was that he was explaining why his good friend and NFL legend Tom Brady has not been his usual self this season. He mentioned that he has been in Brady’s shoes before with his divorce struggles back in 2006.

Speaking of the 7x Super Bowl champion, Shaq mentioned, “Tom’s going through a tough time right now. It has nothing to do with his age, or football, like when you’re dealing with that real-life stuff, it takes a lot…When you get divorced, first thing mama do is take them babies away. When you come home to the big house that you built, it’s just you by yourself.”

Earlier today, Brady announced that his divorce from Gisele Bundchen is official. The pair tied the knot in 2009, and have three children.

Speaking from personal experience, Shaquille mentioned that a wife might take the children away right after the divorce. Although it is unknown, it seems like that is what Shaunie O’Neal could have done during their split. Shaq and Shaunie put pen to paper on the divorce papers in 2011, but the issues began in 2006/2007 according to various reports. It seems like this affected Shaq’s performance on the court.

During the finals in 2006, Shaq averaged 13.7 points, 10.2 rebounds and 2.8 assists in 6 games. These numbers may be decent for an average player in the NBA, but for a player of Shaq’s caliber, they were below par. His FG percentage throughout the series against the Dallas Mavericks was 60.7%.

Tom Brady and the Bucs lose their third straight and fall to 3️⃣-5️⃣ on the season. pic.twitter.com/2ILB7IbJBF

As for Brady, he just lost his third consecutive game today with the Tampa Bay Buccaneers against the Baltimore Ravens. The American quarterback has made only 9 touchdowns so far this season. In addition, he has raked in 2,267 yards in passing. This has been the worst-ever start for Brady in his 23-year career in the NFL.

As Shaq said, divorce brings a sense of loneliness. It might be the case with Tom Brady as well since he was affectionate towards his family. It will take a lot for Brady to bounce back from these hard times. But knowing him and his mentality, it is highly unlikely that he starts making field-long passes once again.