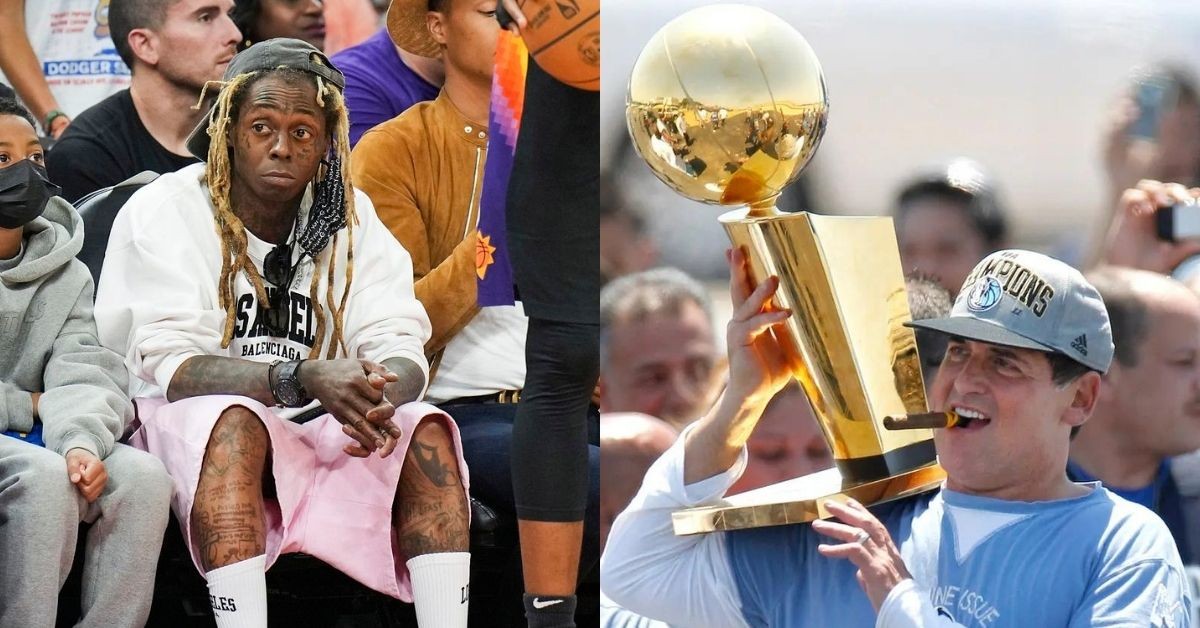 Lil Wayne was and still is one of the biggest rappers of this generation. He currently has 28 million monthly listeners on Spotify. He’s also taken home Grammy awards and other huge honors. One thing he cannot take is a loss and a joke after he lashes out on Mark Cuban after seeing the Suns lose in game 7.

The Phoenix Suns were the best regular-season team in the league this season. They were the only team that won 60+ games which were also their franchise record. To add to that, they were the reigning Western Conference champions with 2 All-NBA caliber players on the team. But they lost in a blowout game 7 to the one-man army in Luka Doncic.

Weezy shot the first round against the Dallas Mavericks. Even though he’s a notorious Lakers fan, in the last couple of seasons he’s been in Phoenix’s corner behind CP3. He was riding the success of the Suns and was looking like a die-hard. Seeing the lesson Luka was teaching the Suns made Mr. Carter feel some type of way.

Luka made Lil Wayne eat those words when he destroyed the Phoenix Suns in one half in front of Wayne who was sitting courtside. The final score showed a 33-point differential further spoiling his mood. And to make matters worse, he was named all through the night.

Mark Cuban is one of the most vocal and entertaining owners in the NBA. He did not let the Luka slander go unpunished and trolled Wayne with the lyrics to his own song ‘Uproar’.

Clearly, Weezy was not a man that was gracious in defeat and lashed out on Twitter.

“Mark Cuban don’t make me get u smacked boy U playin w me? I will piss in ya fkn mouth ho”

Lil Wayne responds to Mark Cuban then deleted it.

Lil Wayne has since deleted the Tweet but everyone can still read the emotions he had at the time. Will Mark Cuban fire back? Or will the Mavs’ success on the court do the talking?