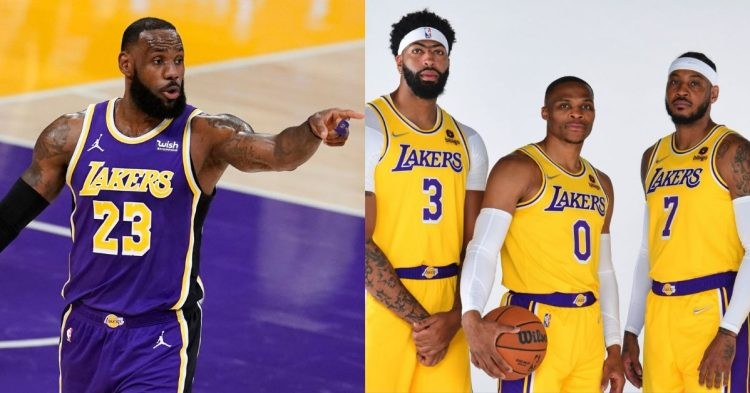 LeBron James has been at the top for more than a decade now. There is no doubt that he got there with his hard work and elite mentality. The way he thinks in terms of his career is almost second to none. We all know who is the only player who is on par with King James; Michael Jordan.

LeBron has moved many teams and has also managed to bring them to the top. Although he has failed many times, he has played a pivotal role in franchises winning championships. The last time James won a title was in 2020, with the LA Lakers. He is one of the only four players to win titles with three different franchises.

One of the main reasons why LeBron can keep performing exceptionally at the highest level would be his mentality. The Lakers star is 37 years old and is showing no signs of slowing down. We all know he is never satisfied with the results he gets, even if they’re positive. He is still going to work harder than before to become even better.

LeBron spoke out in a brand new episode of The Shop. He was previously asked about how important culture is for a successful team. LeBron revealed how it was missing when he joined the Cavaliers the first time. Similarly, the second question for LeBron was if he likes the pressure of having the win or bust type of mindset at the current point of his career.

LeBron James drops a bomb about the mentality at the Lakers

When he was asked if he likes the pressure, LeBron said, “I’m obsessed with it, with win or bust”. He added, “what makes me have sleepless nights is when you don’t have everyone that feels the same way on your club.” LeBron’s revelation will be shocking to many, who thought he was happy at LA.

However, the Lakers have missed the playoffs for the second time in a row. Since they won the title in 2020, it has all gone downhill for the LA-based franchise. The main reasons were Anthony Davis struggling to stay fit, Russell Westbrook not able to find his feet, and an aging roster.

Apart from that, LeBron has added one more now. His comments suggest that the Lakers organization doesn’t have the same mentality as him when it comes to “win or bust”. This explains the results the Lakers have had in the past two seasons. The win or bust mentality helps teams to step up and demand more from themselves. It also brings a certain level of hard-working attitude, which has been missing at the Lakers.

LeBron has even said that he sometimes prefers to be an athlete in an individual sport. He said, ” it’s time where I wish I was, like, a tennis player, or a golfer, where it was literally like, look in the mirror, motherf****r. It’s you verse you.” The fact that he said that gives us a hint of how frustrated he is playing in a team where he is the only one wanting to win.