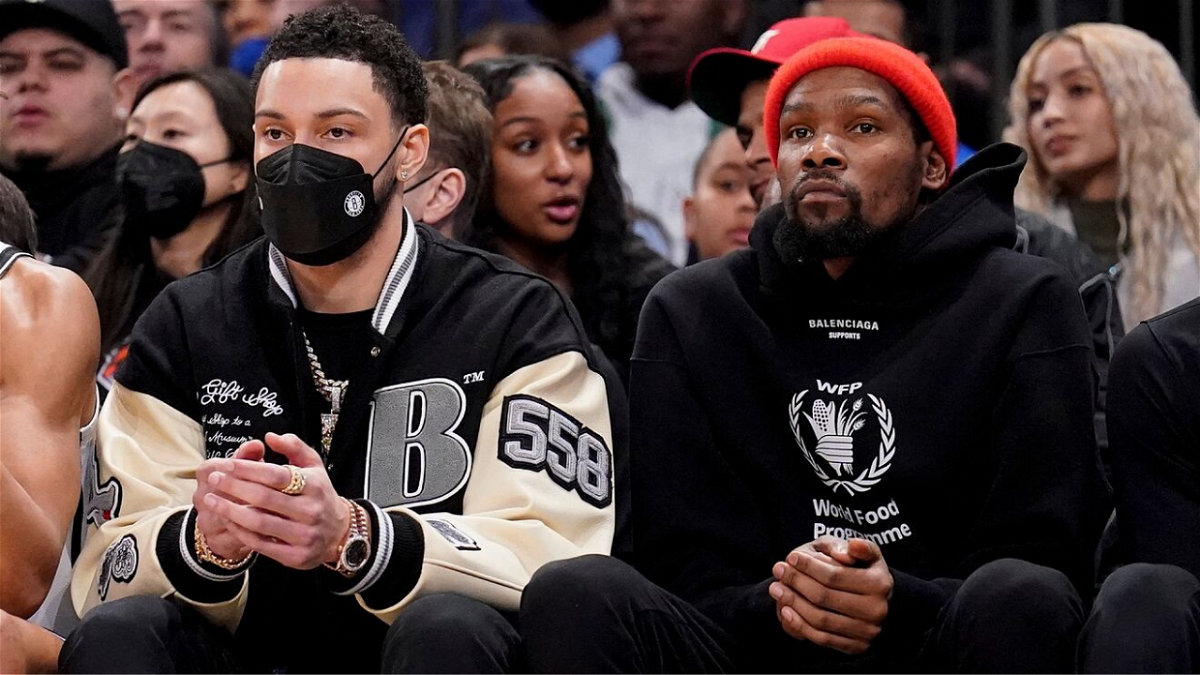 The 76ers fans despised Ben for being the reason they lost in the 2021 NBA playoffs. They wanted him out of Philadelphia ASAP. And tonight when Simmons’ new team came to town they wanted to ensure Simmons heard the hate. They began a chant of ‘F**k Ben Simmons’ when Joel Embiid was on the line.

The Brooklyn Stars back Ben Simmons

As much as this might look to help the 76ers, the Nets took it personally. They wanted to show Philadelphia fans what they did was wrong. Brooklyn began the game scoring 40 points in the first quarter. They already had a 17 point lead so early on. The crowds began to get quiet as the lead began to grow.

To add more salt to the wounds of the 76ers fans, James Harden, who was facing his former team, stunk up the place. He scored 11 points in 30 minutes of play and shot only 17% from the field. This was supposed to be a revenge game for Simmons and Harden. However, it turned out to be the Nets vs the 76ers fans.

The Nets beat the 76ers by almost 30 points. And after the game, both Kevin Durant and Kyrie Irving had words not for the Sixers but their fans that chanted against Ben. Here is what Kevin Durant said,

“It was very quiet towards the end. We ain’t hear no more Ben Simmons chants from the Sixers fans. It was more Nets fans in here than anything.”

Kevin Durant does know how to rub salts in the wounds. Kyrie Irving went more along the lines of reminding the league what happens if you make fun of their own. He said,

Ben Simmons will soon be making his basketball return for the Brooklyn Nets and it’s great to see the team chemistry won’t be an issue. Also, the Nets have finally won a game with Durant and back and look to be on the way up before the season ends. Will the Nets secure a top 4 seed before the season ends? Nets fans surely hope so.