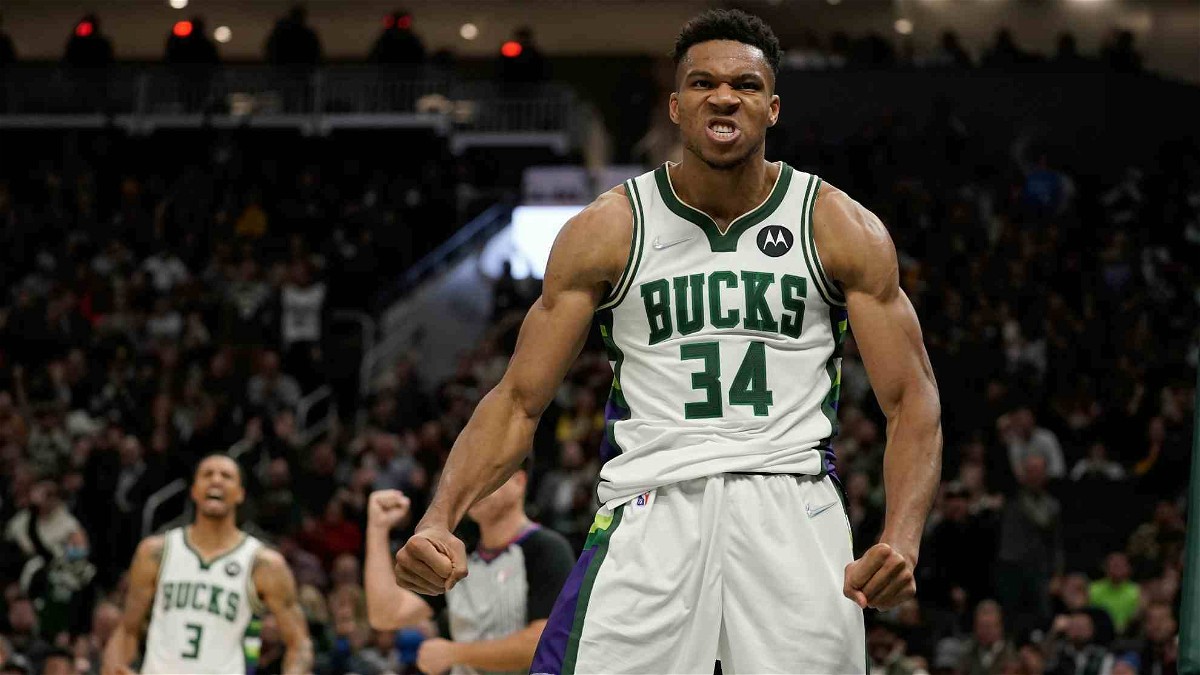 Giannis Antetokounmpo has long been touted as a special player, but it all culminated for him last season. In a spectacular run, he led the Milwaukee Bucks to their first NBA Championship in 50 years and only their second ever. He averaged 30.2 points, 12.8 rebounds, and 5.1 assists during the 21-game playoff run bagging the Finals MVP award. This season, not much has changed in terms of the numbers.

The defending champions, Bucks, are 2nd in the Eastern Conference, only behind the leaders, Miami Heat, by half a game. And again, it has been the Greek Freak who has led them from the front. The 2-time MVP has averaged a career-high 30.1 points, 11.7 rebounds, and a career second-best 5.8 assists in 63 games.

He also surpassed Kareem Abdul-Jabbar as the highest all-time scorer for the Milwaukee Bucks. And he did it in style, by burying a clutch 3-pointer against Kevin Durant’s Nets. And registering his 10th 40-point game of the season.

Giannis Antetokounmpo is changing the narrative

Giannis has effectively taken his game to the next level with the added pressure of having to defend his title. And he has been vocal about driving the shift in narrative. Often criticized as someone who only muscles his way past and dunks the ball, he has actively worked on his game.

Giannis, winking, when asked what it meant to become the Bucks’ all-time leading scorer:

“It’s good because I’m changing the narrative. I don’t want to be the guy only that dunks and runs. I can make a three.”

In his own words, Giannis emphasized change as being the constant.

“It’s good because I’m changing the narrative. I don’t want to be the guy only that dunks and runs. I can make a three.”

And the evidence of the same lies in the underlying numbers behind his game. In the past 3 seasons, his attempts from behind the arc have seen a sharp spike and progressively improved. He went from attempting about 2.8 3-pointers per game to 4.7 per game. And is now shooting a stable 3.7 3-pointers per game while maintaining higher accuracy.

Almost doubling his shot volume is the evolution that Giannis has spoken and worked into existence. And the reigning champion shows no sign of slowing down anytime soon. But first, the championship defense.