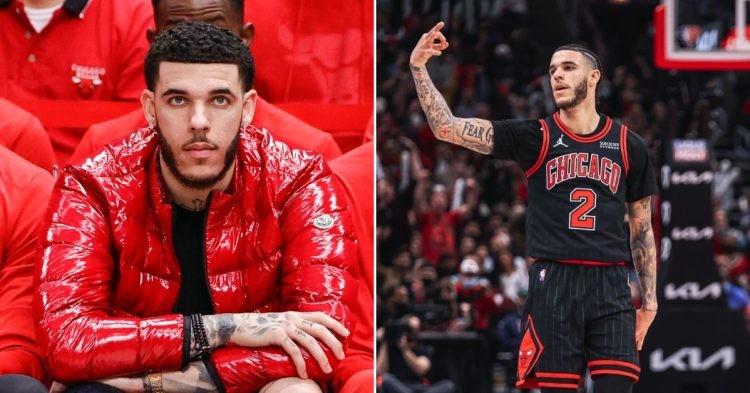 Many talented players have suffered major injuries in recent times. Lonzo Ball is surely one of them. The Chicago Bulls star has watched his team struggle from the sidelines for a long time now, and we have not heard much in terms of updates on his return date as well.

For the fans who don’t know, Ball has been injured and out of action since January 21, 2022. It has been more than a year since he set foot on an NBA court. With that said, Lonzo has given an update to fans on his injury status and return date.

When is Lonzo Ball returning from injury?

Lonzo said recently, “I have really no timetable. It’s going day by day. I’m trying to just do more every week, pretty much, loading up the workload. I’m finally moving around again so that’s nice, but I don’t really have a timetable.”

Chicago Bulls guard Lonzo Ball has been diagnosed with a small meniscus tear in his left knee and is evaluating treatment options, sources tell @TheAthletic @Stadium.

Lonzo believes he might be able to feature for the Chicago Bulls at some point this season. Last January, reports mentioned that Ball had suffered a “small” meniscus tear in his left knee. That was where his injury woes started, and Lonzo has not been able to make a full recovery even after such a long time. To put it into perspective, Ball has not played in 92 games in a row for the Bulls!

Lonzo Ball just posted these videos of himself working out

He played his last game one year ago tomorrow – January 14, 2022 pic.twitter.com/Ma2fKIj9n4

His update comes after videos of his recent progress were shared online. In a series of clips, Ball was running on a treadmill, putting in some light drills at the gym, and even dunking a basketball. It was certainly the update that Bulls fans have been waiting for since last year. However, despite the progress he has made, Lonzo still believes that he is not at the level to play in an NBA game.

In the 2021-22 NBA season, Lonzo averaged 13.0 points, 5.4 rebounds, and 5.1 assists after playing 35 games. It was not the numbers he expected to put up, but it is no secret that he has the potential to improve. Just like Lonzo, his brother, LaMelo Ball was also having trouble with injuries. Fortunately for Melo, he returned to the court recently after a tough start to the season. Lonzo will also be aiming for the same.