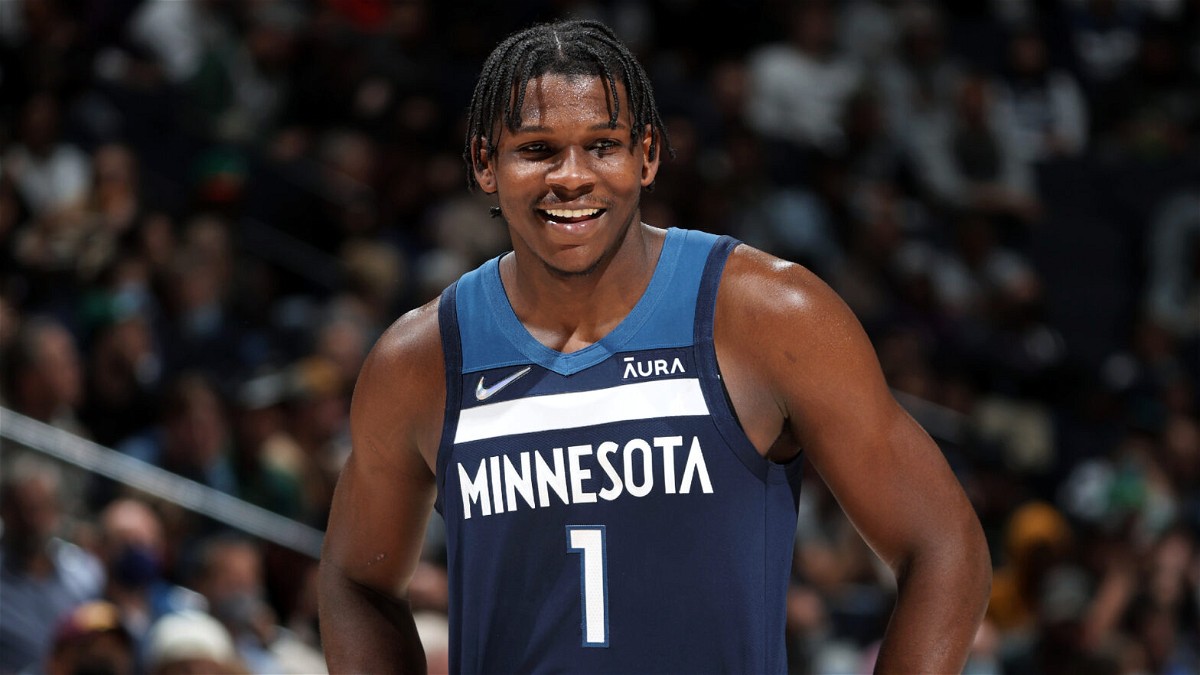 Anthony Edwards is one of the most exciting players to watch in the NBA. He was drafted in 2020 alongside Lamelo Ball as the No.1 overall draft pick. Edwards has been a nuisance since he joined the league. He can dunk over anybody, he can shoot the ball and with the confidence he has, it is a recipe for an upcoming superstar.

The Minnesota Timberwolves are right now at 7th seed in the Western Conference. Both Karl Anthony Town and himself have gelled together to carry the team to the playoff contention. In just his 2nd year, he has improved drastically all across the board. He is averaging 22 points on 38% shooting from behind the arc. That is a 5% increase from last year.

Anthony Edwards has always been a high confidence player. Even tonight when asked what’s next for him he replied “I’m going for MVP next year.”

In just his 3rd year Anthony will be aiming for the Most Valuable Player in the league. An award that only 35 players in history have won. Even in the post-game interview, he called himself the “Black Jesus”. Michael Jordan is the one who is originally wildly regarded as the “Black Jesus”.

Can Anthony Edwards win the MVP next year?

Regardless of Edwards being one of the most exciting upcoming players, it is highly unlikely for him to win the MVP next year. The only player to win MVP in his 3rd year was Derrick Rose.

Derrick Rose in 2011 became the youngest MVP at the age of 22 years old. For Edwards to win the MVP, he has to overcome players like Curry, Kevin Durant, Jokic, Giannis, Embidd, and LeBron James.

Also, his team has to be in the top 4 seed. The MVP has always been the one place their team in the top 4 seed in their respective conferences. However, there are a few exceptions like Westbrook and Kareem.

Even though it’s a long way to go for Edwards to win the MVP, he has just begun his career and has the potential to achieve everything in the NBA.