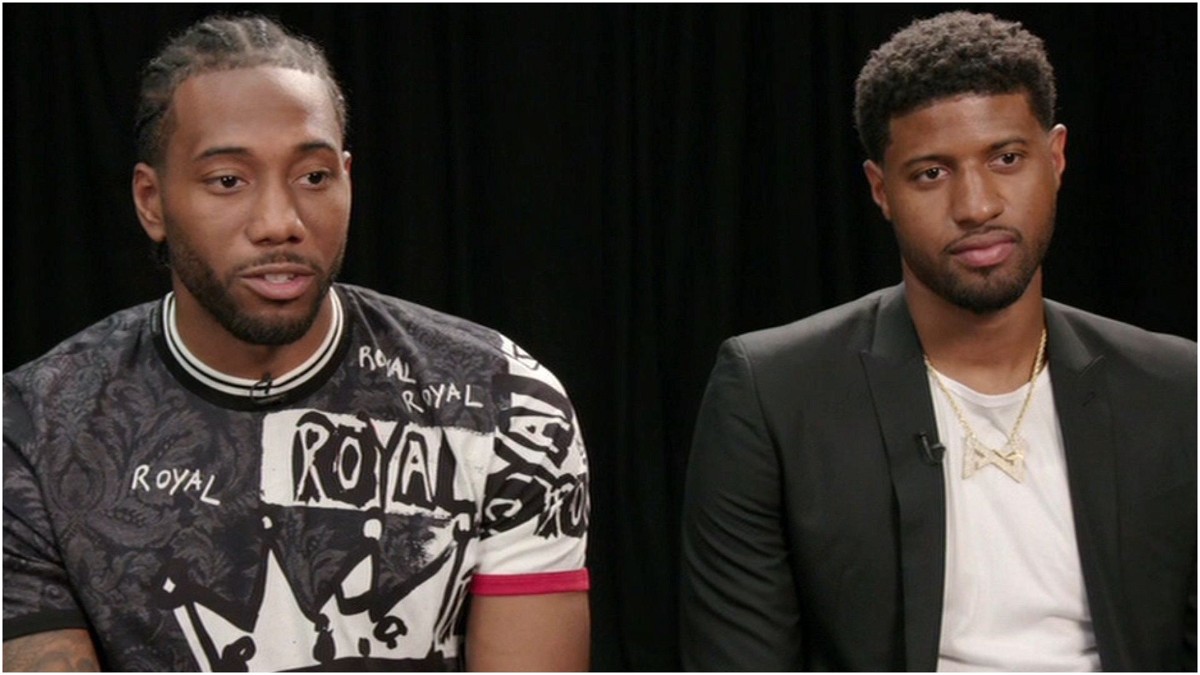 Paul George and Kawhi Leonard have been teammates on the Los Angeles Clippers since the 2019-2020 season. The duo has helped the Clippers perform extremely well and even managed to reach their first-ever Conference Finals last season.

Paul George made an appearance on the latest edition of former teammates’ show, ‘How hungry are you?”. Serge Ibaka goes by the name Mafuzzy Chef for the show.

It is all about inviting stars on the show and making them eat bizarre things while trying to get a controversial statement or two. That is exactly what happened when Paul George attended the first episode of season 4.

Serge Ibaka decided it was time to play for a new team and bring in a new season of ‘How hungry are you?’. In the first episode of the fourth season, fans got to see none other than Paul George. George, Ibaka, and Leonard played together for the Los Angeles Clippers. Serge now plays for the Milwaukee Bucks.

The goal for Paul was simple. He had to drink a cup of tea filled with crickets or answer a very important question. Ibaka asked Geroge who he would choose between Kawhi Leonard and Russell Westbrook.

Paul took time to sit and think about how to answer this question. It was pretty obvious he realized that being honest might earn him a little hate from Westbrook fans and NBA Twitter truly has no mercy. However, George decided to speak the truth and he chose Kawhi Leonard.

Well, we agree with George.  The Klaw is yet to make his seasons but. Hopefully, both these superstars will recover quickly and show up for the fans at Clipper’s home turf.

“Did You Ever Miss a Mid-Range Shot?”- Luka Doncic Marvels at DeMar DeRozan’s Accuracy From Mid-Range