“I’m inspired by Kobe Bryant and Mamba Mentality, but I am not Kobe Bryant”- Devin Booker Dismisses the Comparisons With the Legendary Lakers Players in an Interview 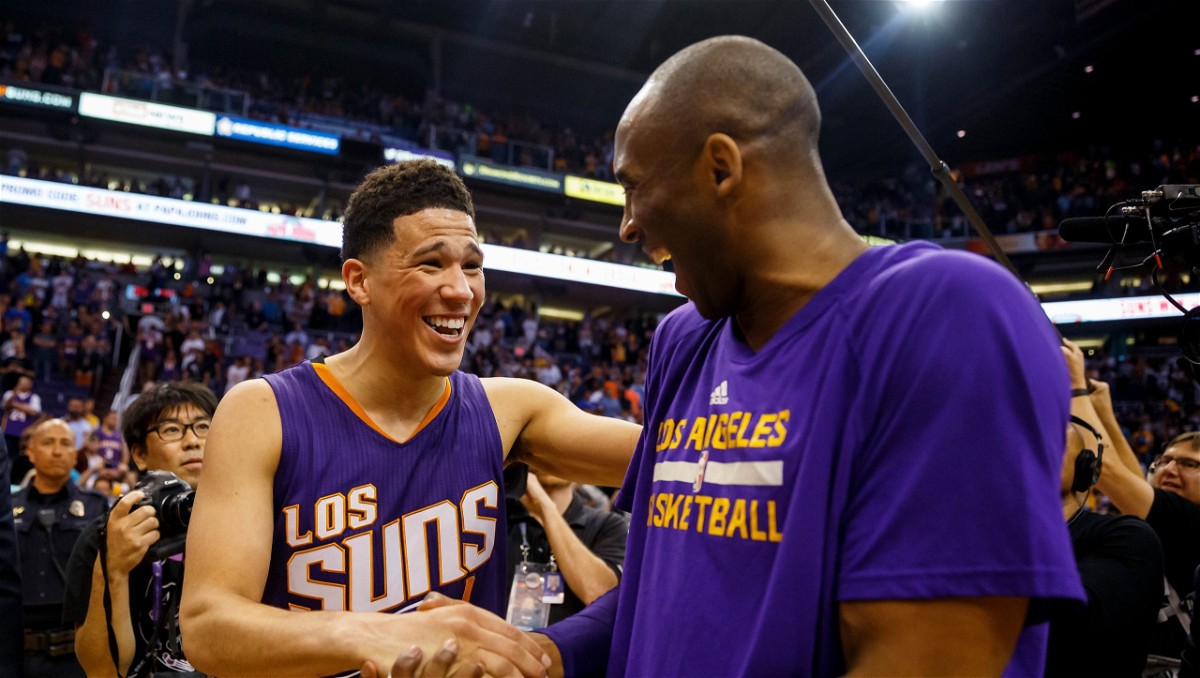 The comparison between Kobe Bryant and Devin Booker started when the Phoenix Suns made the finals last year. It was Steven A. Smith who started this conversation of Booker being the next Kobe Bryant.

Devin Booker has been having a fantastic season. He has been balling under the leadership of Chris Paul. Booker was drafted in 2015 as the 13th pick in the first round.

He was selected by the Suns. However, Booker alone could not lift the franchise and was almost always at the bottom of the table. Even though his numbers individually were great, his team not winning had a major effect on Booker’s career.

The media posted his numbers as empty calories. The best example of it is when he scored 7o points and yet his team lost by 10 to the Boston Celtics.

Since CP3 took Booker under his wings, he has bloomed into a superstar. Now his number is translating into wins. He has been the most clutch player since 2015, with the most go-ahead or tying shots made.

Devin Booker, this season has improved as an outside shooter. He is now shooting 40% from behind the line and is averaging 23 points per game. The most impressive of all is the Suns have the best record in the NBA.

Is Devin Booker the next Kobe Bean Bryant

As great as Booker has been since he joined the league, he is not the next Kobe Bryant. The Mamba was special, he was the closest thing to Michael Jordan.

Even though the two-time all-star is not the next Kobe. There are several similarities between them. First of all, is the killer mid-range. Both have mastered the art of mid-range jumper. Now what separates Kobe from Booker is his footwork and his ability to make highly difficult shots.

Both the players have been clutch. The Mamba is known for his clutch gene and so does Booker. As mentioned above he has been the most clutch player since he joined the league. He is 14 of 24 this year in clutch minutes.

One of the major coincidences between both players is that both were the 13th pick of their draft class.

However, even though there are some similarities. Kobe Bryant was just more talented and skilled. He had a work ethic like no one else had. He was determined and one of the most ferocious competitors ever.