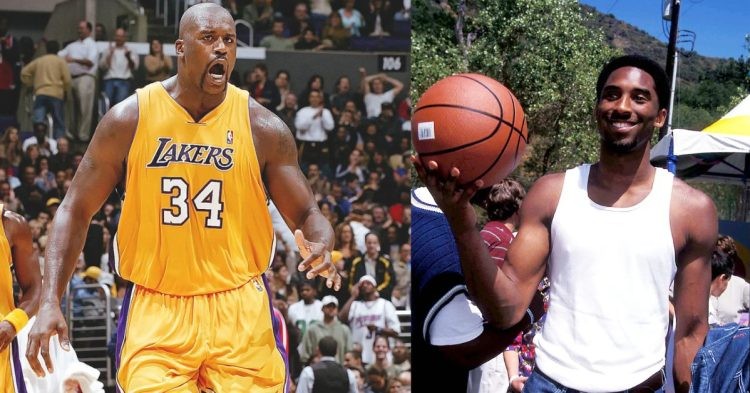 Kobe Bryant and Shaquille O’Neal are largely responsible for the Los Angeles Lakers’ great history and legacy. They helped the franchise win multiple titles in a dominant three-peat. Moreover, Kobe went on to win 2 more titles with the Lakers after he and Shaq parted ways as teammates.

At the time, this was all the drama in the basketball world. Kobe and Shaq, albeit successful, simply did not see eye to eye on many issues. Therefore, as tensions escalated between both sides, the world wondered which star the Lakers would bet their future on.

As we all know, the Lakers decided to go with the younger and more hard-working Kobe Bryant. The late Kobe and Shaq sat down together for an interview a few years ago. Bryant revealed that he almost left the Lakers and went to play for a different team during that time. We should take another look at what happened and understand the situation better.

Kobe Bryant or Shaquille O’Neal: Whom did the Lakers want more?

Kobe was known for his determination and obsessive attitude toward perfecting one’s craft and getting better. Someone like Shaq who is simply genetically superior found it very hard to adhere to Bryant’s commands. This is a case where egos come in and neither side wants to concede positioning in the pecking order of the team.

It seems things got so bad that Kobe presumed the Los Angeles Lakers would retain Shaq. Therefore, he decided to start looking for homes in Chicago. He revealed how this actually went down.

“We were looking for homes. We were actually looking for homes in Chicago, researching schools places to live. Yeah it was a story at ESPN magazine and they asked you a question about me and penny and you said that were essentially the same…. Nah you know we’re not.”

Kobe went on to share how he felt at the time, I probably used it as motivation to say listen if this is the conversation then I don’t want this conversation, “When I retire I don’t want people to say oh well he only won because of Shaq. As unfair as it is, Magic never won without KAT Michael never won without Scottie. So here I am getting stuck with this argument which is not fair. But yet this is the argument people will make and I’m not okay with that and therefore I’m like okay I gotta go.”

If Kobe had gone to the Bulls and Shaq had remained with the Lakers, it is almost impossible to predict who would have done better and by how much.