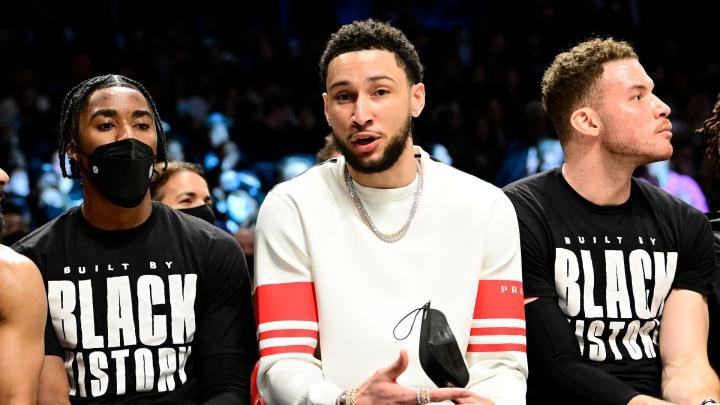 Ben Simmons and the Philadelphia 76ers closed out their relationship very unceremoniously. The troubles that brewed in the 2021 playoffs boiled over to a total disconnect in the player-management relationship. The lack of a working decorum extended between Simmons and 76ers coach, Doc Rivers, too.

All of this led to the 76ers actively looking for a way to offload Simmons and his salary for a reasonable trade-off. Philadelphia found their takers in a concerned Brooklyn Nets side that were looking to trade James Harden for similar reasons. In a trade that involved 2 other starters, perhaps the 76ers even overcommitted to losing Ben Simmons.

The Nets have since utilized Seth Curry and Andre Drummond in every game as starters, and seem to have won the trade in terms of sheer quality. But the 76ers boast an unmatched and unbeaten record with their newest superstar, James Harden, on the court.

While the debates about who won the trade will rage on, fans are also speculating on when they will see Ben Simmons return to action.

Ben Simmons will return to Philadelphia with the Nets

Simmons has not played a single minute in the NBA since the 2021 playoffs. Since he last stepped inside a court, he has changed teams and gone on to become the most heavily fined player in NBA history. His newest team is still struggling to find its feet after the return of its stalwart, Kevin Durant. They have won only once in the last 5 games.

However, Simmons’ former team, the Philadelphia 76ers have won 4 of their last 5 games. And the two Eastern Conference rivals, the Nets, and the Sixers are set to face off in the Wells Fargo Center Philadelphia.

And an almost climactic return awaits Ben Simmons as coach Steve Nash confirmed that Simmons will accompany the Nets to Philadelphia. “He’s on our team, he needs to be with his teammates and get the whole Philly thing out of the way a little bit.”

Unfortunately, Ben Simmons’ reception to his former home is all but guaranteed to be anti-climactic.