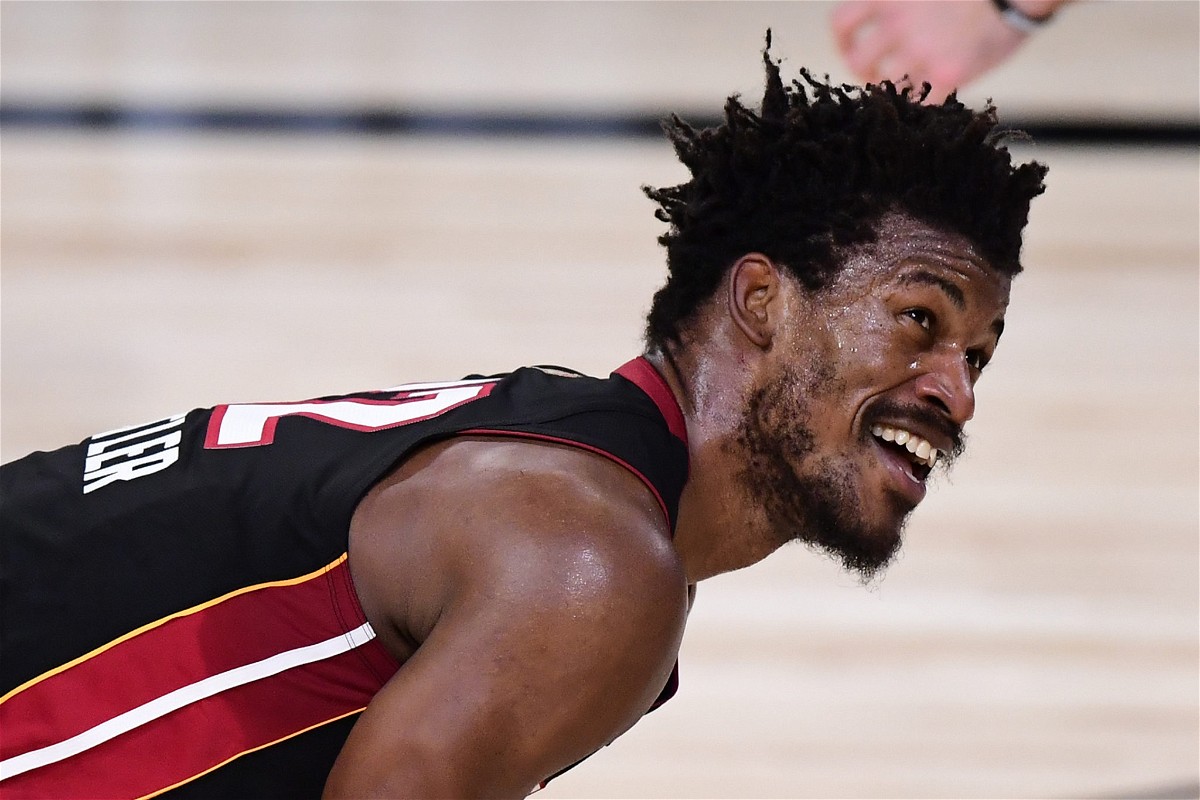 LAKE BUENA VISTA, FLORIDA - OCTOBER 04: Jimmy Butler #22 of the Miami Heat reacts during the second half against the Los Angeles Lakers in Game Three of the 2020 NBA Finals at AdventHealth Arena at ESPN Wide World Of Sports Complex on October 04, 2020 in Lake Buena Vista, Florida. NOTE TO USER: User expressly acknowledges and agrees that, by downloading and or using this photograph, User is consenting to the terms and conditions of the Getty Images License Agreement. (Photo by Douglas P. DeFelice/Getty Images)

The Eastern Conference heavyweights are pitted against each other in tonight’s game. Number one ranked Miami Heat go up against the number two ranked, Philadelphia 76ers at the FTX Arena. The Sixers will bank on their MVP frontrunning star, Joel Embiid to lead them. However, the Heat doesn’t enjoy the same liberty as Jimmy Butler is not cleared to play tonight’s game.

The Heat and the Sixers both have won 8 of their last 10 games. However, the Sixers are on a more impressive streak of 5 wins and will look to close the gap to the Heat by winning. The two teams have split their past 2 meetings this season, with a win each.

Jimmy Butler was not particularly impressive in his last match against the Philadelphia 76ers. And his past few games have been underwhelming too. Perhaps his absence will not be felt by the Heat as much as their previous win against the Sixers this season came in Butler’s absence.

Jimmy Butler is tentative against the Philadelphia 76ers

However, it is not only Jimmy Butler who is potentially out of the game against the Sixers. As reported by Miami Heat correspondent for the Miami Herald, Anthony Chiang, multiple stars remain out.

Kyle Lowry remains out due to personal reasons. Likewise, Victor Oladipo and Markieff Morris’ respective injuries also rule them out for the game. But the latest injury for the Heat is Jimmy Butler’s.

Butler has averaged an impressive 21.4 points per game, and 6.2 rebounds to go with 5.7 assists. He will look to return expeditiously to sustain the Miami Heat’s championship challenge, and before that secure the first seed.