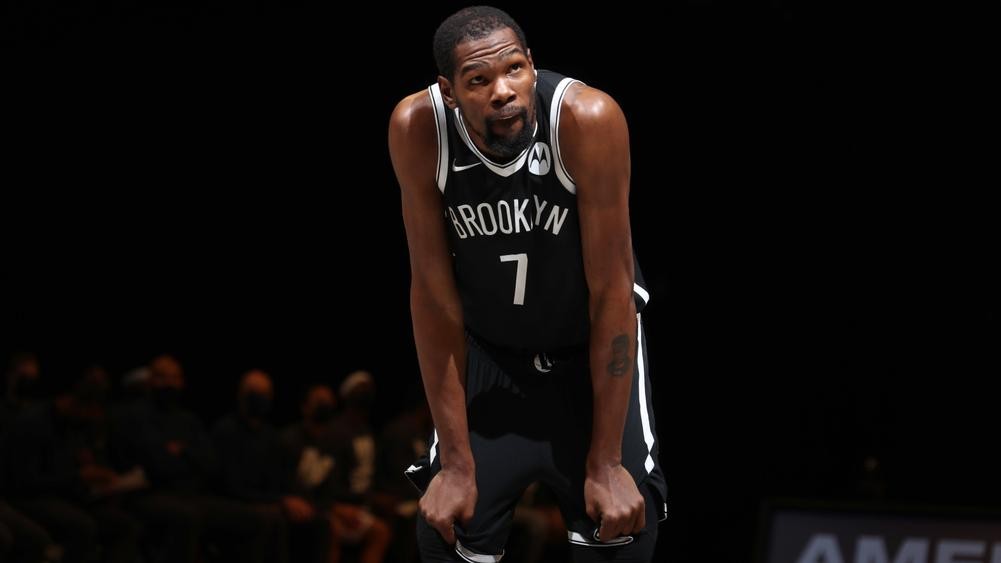 NBA superstar Kevin Durant has suffered an injury in the match against the Pelicans. It was in the mid 2nd quarter when his own teammate Bruce Bowen fell on KD’s knee.

The moment he fell on Durant’s knee, the Nets star seemed to be in pain and his knee looked hyper-extended. One of the good signs he showed was walking off the court on his own.

Kevin Durant up to that point was playing pretty well. He had 12 points in just 12 minutes blazing the Pelicans from mid-range. However, it was James Harden who led the team to the win.

Nets are optimistic Durant can return to the court in 4-6 weeks, per @wojespn https://t.co/d1gI0M3yTQ

He had 27 points, 8 boards, and 15 assists and Patty Mills and Cam Jonson also took on the scoring role by scoring 21 and 20 points respectively.

But this injury couldn’t have come at a worse time. We as fans could’ve finally seen the big 3 back in action. As the next 9 out of 11 games are away games and even though KD’s return date is before the All-Star Game, it seems just like last year the Brooklyn Nets will be careful and we might not see Kevin Durant again in the All-Star game.

What does this injury mean for the Nets and Kevin Durant

The Brooklyn Nets have been heavily relying on KD and his high minutes to win them a game. The one-time MVP has been playing 37 minutes per game and has played 40+ minutes in many games.

However, James Harden who was having a down year seems to have found his rhythm back. He has played well in the past few games and 9 away games will only the Nets as Kyrie can play and help the team to take the responsibility of scoring.

This injury might be good and bad KD as he has been playing a load of minutes thus hell finally get some rest and come back at full strength after the injury.

The only reason it is bad is that he was in many eyes the MVP of the league. This injury will surely setback his case for the MVP. The 4-time scoring champion was on the verge of leading the league in scoring again nut now being out for 4-6 weeks LeBron James will take the scoring lead and might take a lead that Durant cannot overcome.