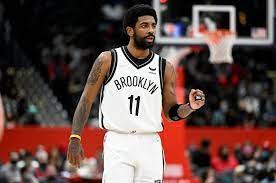 When New York City lifted its vaccine mandate, the Brooklyn Nets heaved a sigh of relief. Nets fans across the world expected Kyrie Irving to make his return to home games imminently. And the season-long home game unavailability would cease for Irving.

Irving’s stance on the vaccine has not allowed him to play a single game for the Nets at their home court, the Barclays Arena. Before that, he was not even part of the team but injuries and health and safety protocols forced the Nets to recall a suspended Irving for away games only. And it has certainly reflected on their away form.

The Nets have 21 wins on the road, which is the joint 2nd best in the Eastern Conference. Just one win shy of the best record. Much of it has been due to Kyrie’s exceptional form on the road. During a poor stretch of games that dropped Brooklyn from top of the standings to the Play-In positions, Kyrie was a constant.

In Kevin Durant’s extended injury absence, Kyrie Irving helped the Nets stay afloat. In just 18 games this season, he has averaged 25.9 points, 5.4 assists, and 4.6 rebounds. He has had multiple big performances, including a 50-point game in a shooting masterclass of a performance.

Kyrie Irving will be available against Orlando Magic

The Nets still cannot use Kyrie for home games, despite him being able to attend the games courtside. The Brooklyn organisation was also fined a $50,000 for letting Irving enter the locker room against protocol.

The Brooklyn Nets organization has been fined $50,000 for violating local New York City law and league health and safety protocols against the New York Knicks at Barclays Center for allowing Kyrie Irving to enter the team’s locker room.

So although Kai is still uncertain for home games, he will be available for away games subject to respective regulations. Kyrie Irving will play against the Orlando Magic as it is an away game and he will look to build on the Nets’ 3-game win streak.