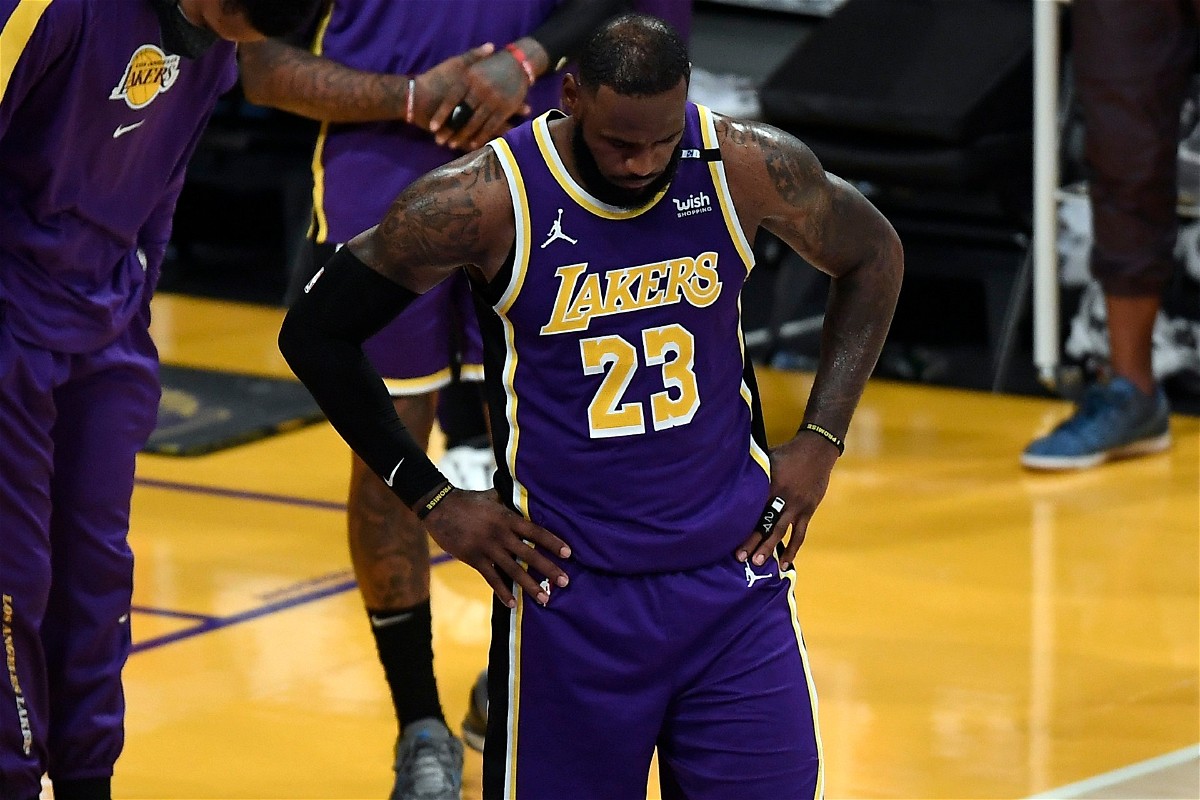 The Los Angeles Lakers find themselves sitting at 10th in the Western Conference standings, just above the San Antonio Spurs. They are at risk of dropping out of the Play-In positions as they are only half a game ahead of the Spurs. And that seems increasingly likely, considering their superstar LeBron James‘ injury worries.

2/3 are in their primes with all due respect

This just proves Lebron James is the greatest player of all time.

He leads the league in points per game and is en route to winning his 2nd scoring title after he won the award in 2008. And despite injuries having a say in his season more than ever, he has only missed 20 games all season, constantly playing through niggles for the team’s cause.

LeBron James’ impact on the Lakers

LeBron has had multiple game-winning performances this season for the Lakers, including two 50-point games. He is only 1 of 4 players to have two 50-point games this season. On the defensive end, he is averaging 1.1 blocks per game and 1.3 steals per game. Unfortunately, the Lakers will miss that offensive and defensive impetus from their stalwart as they look to close the season strong.

LeBron is officially out tomorrow in Utah. Anthony Davis is doubtful and Wenyen Gabriel is questionable. pic.twitter.com/04TF8qKhTi

The Los Angeles Lakers confirmed that LeBron James will be out for their crucial away game against Utah Jazz. It will be James’ 3rd game missing from the Lakers’ last 4 games and a sign of fatigue or age catching up with the athletic phenom.

The Lakers are 6-14 without LeBron James this season and will need to change that poor record if they want to secure their Play-In spot.