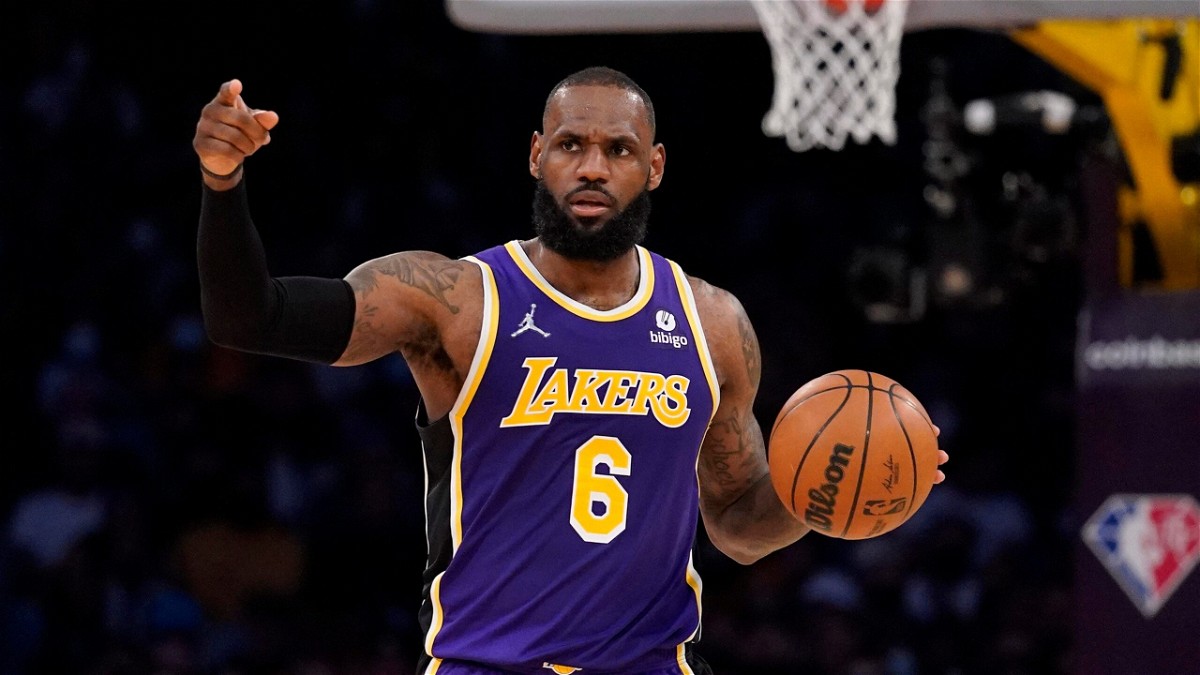 The Los Angeles Lakers continue their downward tumble and sit 9th in the Western Conference standings. They are no longer in the race for a playoff position. With a tough hill to scale ahead, the Los Angeles Lakers are relying more than ever upon their stalwart, LeBron James. And LeBron has delivered.

The Lakers are in a desperate bid to retain their Play-In position but are within 3 games of the Portland Trail Blazers in 11th. With their newest signing, Russell Westbrook misfiring and Anthony Davis injured, James has shouldered much of the burdens for LA.

He is averaging a decade-best 29.3 points in 47 games this season. He also has 6.3 assists and 8.2 rebounds per game. While the Lakers have only won once in their last 5 games, LeBron has not lacked for performance. He has scored an average of 32.6 points 10 rebounds, and 5.4 assists in his last 5 games.

LeBron James is questionable for the game against the Wizards

The Lakers have been holding onto a struggling LeBron for the past few games. Frank Vogel has tried his best to manage LeBron’s playing time accordingly as he is often listed as questionable before games. But such is his drive, he has consistently managed to play every game.

Nevertheless, the latest to come out of the Los Angeles Lakers camp is that he remains uncertain for the next game against the Washington Wizards. His issue from earlier in the season is the same one cited now too by the Lakers. Left knee effusion or soreness is what kept him out for a couple of games earlier on too.

The game against the Wizards holds personal meaning to the Lakers too. It is Russell Westbrook’s former team and the Lakers traded away Kyle Kuzma to the Wizards for him. Although Kuzma has admitted to not holding anything against his former team, he will no doubt want to show them what they are missing out on.