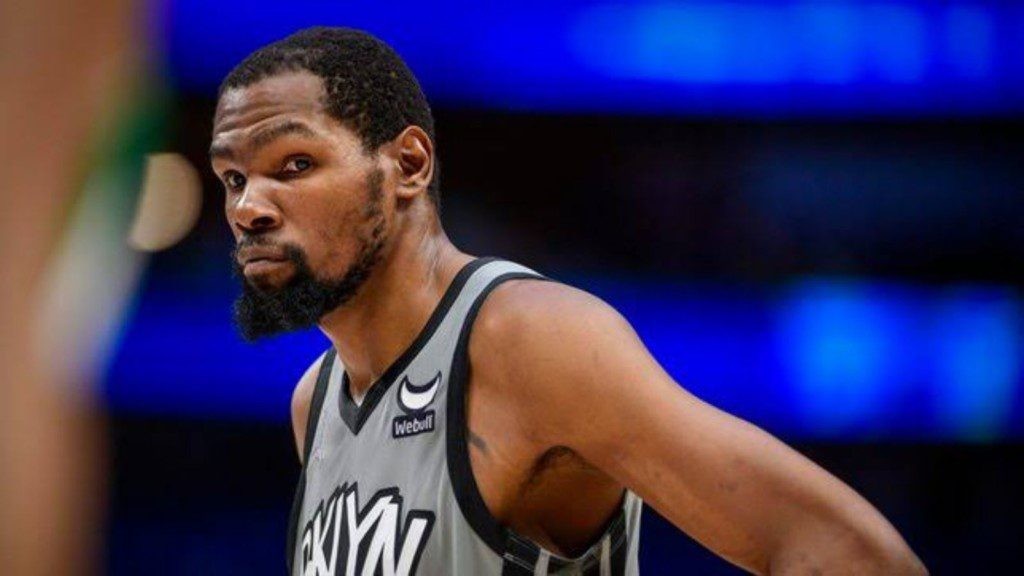 With the trade deadline coming to an end, a lot of teams traded away a lot of players and picks. Some trades even included both. The Brooklyn Nets and the 76ers however, did trade picks and players and the drama that surrounded them in the Harden-Simmons trade. With this trade now done, Kevin Durant and the Nets will be looking to turn their season around.

The Brooklyn Nets were having a horrid time. James Harden was creating a negative vibe around the whole team. Kyrie Irving can’t even enter the arena in Brooklyn. The Nets are on a 10 game losing streak, the last of which came because of Kyle Kuzma. And Kevin Durant has been injured with no definite timetable for his return.

There is no definite timetable for it because they are keeping it a secret.

What did Kevin Durant say about his injury status?

The 2022 All-Star draft aired last night on TNT. Hosting the draft was the crew of NBA on TNT, Shaq, Ernie, Chuck, and Kenny. Well-known household names at this point. The advantage this crew has amongst any other reporters is because they consist of former greats, all NBA players respect them and give them what they want.

Throughout the draft, Ernie Johnson asked Kevin Durant questions that everyone wanted to hear. First, it was about the James Harden and Ben Simmons and trade and then about his Injury status.

“I mean, can you tell us, how you feeling? and where you are in terms of coming back to play?”

And Kevin Durant replied with one, resounding,

The TNT crew could not get even a sliver of information out on him. Kevin has been surrounded by all the Brooklyn drama and the assumption is that if he keeps his vital information a secret, at the very least, more drama and chaos won’t ensue.

Ernie to KD: “Can you tell us how you’re feeling, and if you’re gonna get back on the court soon?”

The crew on TNT compared this exact discussion to when Chuck had asked KD about if he was working on his game during the time he was injured. In that exchange, Kevin again said just on word. ‘Yeah’.

Ernie did circle back on the question again after the draft, persistent for a little something. That’s when Kevin Durant said,

“No timetable, but I am doing better for sure.”

A collective sigh of relief for all the Brooklyn Fans. We might not know when Kevin will be coming back but the hope for the Nets and their fans is soon. They need to dig themselves out of this hole they’re in and Kevin Durant is more than capable of doing that. Especially with his new teammates.

Luka Doncic and Terence Mann Beef: Here’s Everything You Need to Know