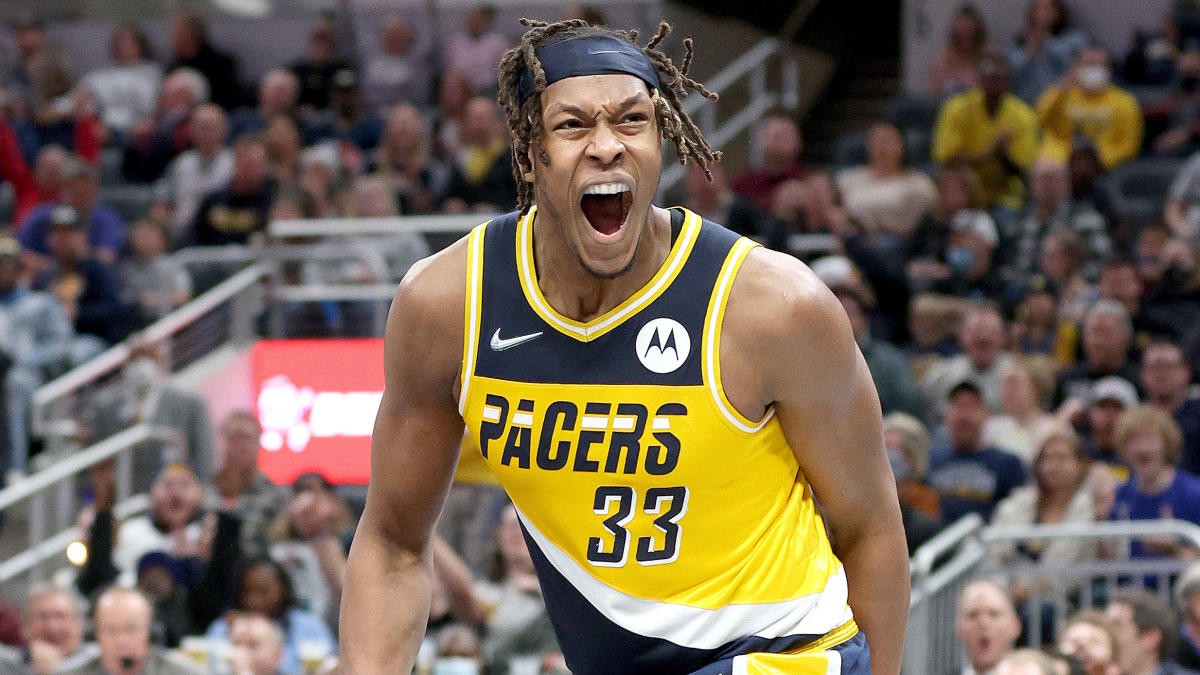 INDIANAPOLIS, INDIANA - DECEMBER 16: Myles Turner #33 of the Indiana Pacers celebrates against the Detroit Pistons at Gainbridge Fieldhouse on December 16, 2021 in Indianapolis, Indiana. NOTE TO USER: User expressly acknowledges and agrees that, by downloading and or using this Photograph, user is consenting to the terms and conditions of the Getty Images License Agreement. (Photo by Andy Lyons/Getty Images)

The Indiana Pacers sit at 13th in the Eastern Conference standings, well below the Play-In spots. In what has been a poor season that Pacers fans want to move on from, a bright spot has been Myles Turner. And looking forward to the return of their 26-year old center.

Turner last played against the league’s runaway leaders, the Phoenix Suns, back in January. He was ruled out for 2 weeks soon after due to a stress reaction in his left foot. Subsequently, he was also shut down through the All-Star break as his injury persisted. His time on the sidelines has continued to increase with a return date being pushed back constantly.

Myles Turner has averaged 12.9 points, 7.1 rebounds, and 2.8 blocks in 42 games this season. One of the NBA’s best rim protectors and 2-time block champion, Turner was the key to the Pacers’ defensive schemes. Rookie Isaiah Jackson and Goga Bitadze have been deputized for Indiana in his absence at the center position.

Myles Turner will not return for the season

In the final nail in the coffin for the Pacers after their elimination from playoff contention, Myles Turner has been ruled out for the season. Rather, whatever is left of the season for the Pacers as they only have 7 more games to go before their season ends.

Indiana Pacers center Myles Turner — out since mid-January with a left foot stress reaction — will miss the rest of the season, sources tell ESPN. Turner has made good progress in his recovery, but the Pacers have only seven games left and will miss the playoffs.

According to ESPN’s Adrian Wojnarowski, the Pacers confirmed that Turner will not be returning this season. The Pacers have also acknowledged his recovery progress as positive.

But the decision is seen as a precautionary measure with the long-term future in mind. The Pacers do not deem it necessary to risk a relapse by playing Turner in inconsequential games. They would rather have a fit and firing Turner ready for next season, and hope to fare much better.